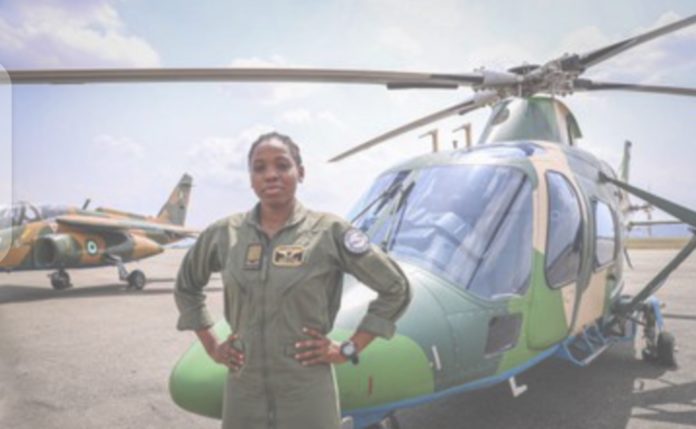 The Nigerian Air Force is mourning the death of its first ever female combat helicopter pilot.

Flying officer Tolulope Arotile reportedly died on Tuesday in a road accident at NAF’s base in Kaduna.

Arotile joined the air force in October 2019, after completing her training in America and South Africa, Premium Times reported.

Chief of Air Staff Sadique Abubakar said her work in the air force was “short but impactful as she reportedly contributed significantly to the efforts to rid the North Central States of armed bandits and other criminal elements”.