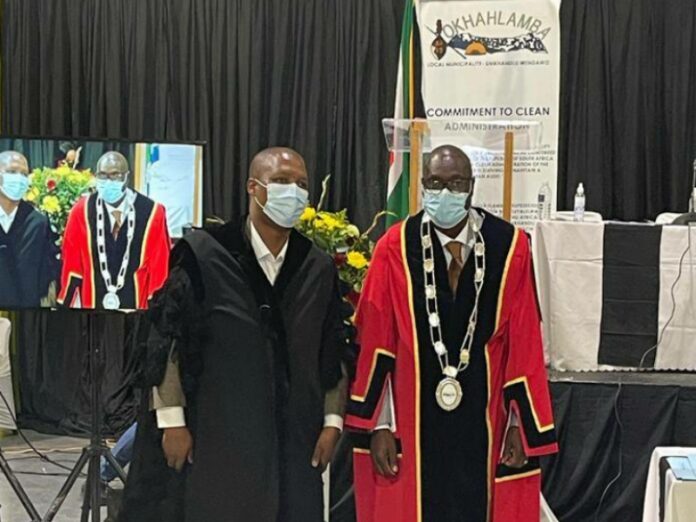 The newly appointed mayor of Okhahlamba Local Municipality has refused to accept the municipal vehicles after he realised that they were unroadworthy.

Vikizitha Mlotshwa has opted to use his private vehicle until he is given a new vehicle.

The vehicles are two Toyota Fortuner for the mayor and his deputy and a Jeep Grand Cherokee limited edition for the speaker.

Mlotshwa instructed that the vehicles be taken back to the parking lot until the new fleet is organised.

The vehicles were used by a former mayor, his deputy and speaker who did not return for this new term of office.

“Look, these vehicles are old and unroadworthy. The cars have all clocked more than 250,000 kilometres with worn tyres. They are actually coffins on wheels,” said Mlotshwa.

Mlotshwa was sworn in as the new mayor of Okhahlamba on Tuesday.

He founded his party the Apemo in May while he was still the caucus leader of the NFP in the KZN legislature.

He then resigned in August to campaign for local government elections.

His party managed to get six seats, while the ANC secured eight and the IFP nine seats in the municipality.