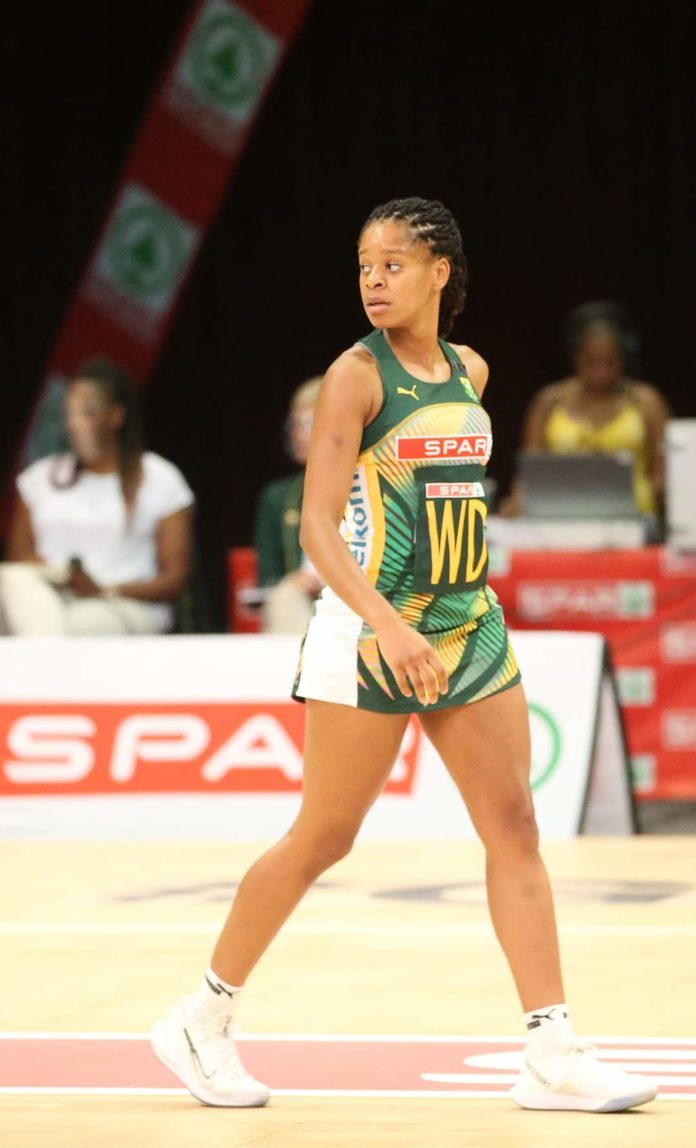 The SPAR Proteas overpowered Malawi Queens 65-25 in the first Challenge Test match at the Superbowl in Sun City on Thursday, with two new stars putting on outstanding performances.

South Africa started as they meant to continue, with the first break coming from the fourth centre pass and from then on it was one-way traffic.

The Proteas continued to dominate in the second quarter, with Captain Bongiwe Msomi marshalling her centre court and driving the ball to the Proteas’ circle.

By halftime, they were 31-9 ahead, having restricted the Malawi Queens to three goals in the second quarter.

Coach Dorette Badenhorst made wholesale changes in the third quarter, bringing on most of her bench.

Tshina Mdau made her debut for the national team at wing defence and was outstanding, earning the Most Valued Player award.

In the final quarter, Badenhorst brought on another debutant, 18-year old Kamogelo Maseko, at goal attack.

It was Malawi’s best quarter, with nine goals to 17 for the SPAR Proteas.

Coach said: “We did very well in the first quarter and that gave me the opportunity to play my whole squad.  A coach can only be happy when she has that much depth of talent to work with.”

The second Test will be played at the Superbowl at 7pm on Friday, with the third being played at 1pm on Sunday afternoon.