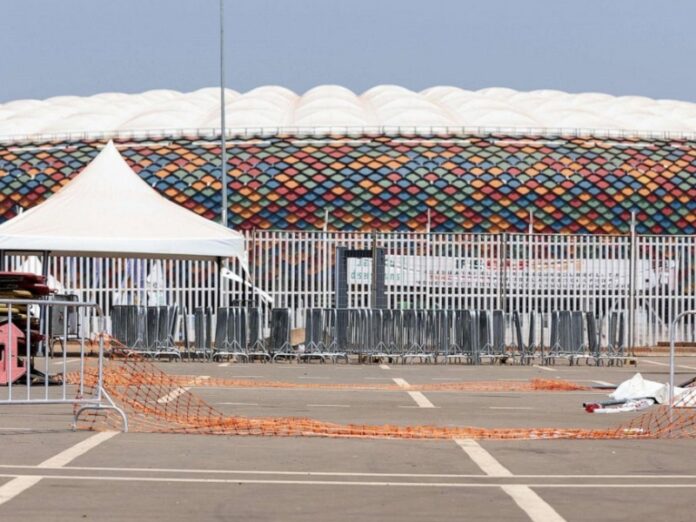 Many people believe fans are to blame for the tragedy at the Olembe Stadium in Cameroon on Monday night.

But fans who survived the stampede at the stadium claim negligence and poor planning led to the crush that resulted in the death of eight fans and around 50 people requiring hospital treatment.

Tragedy struck at the stadium before the host nations round of 16 fixture against Comoros as fans attempted to force their way into the stadium.

There are three entrances into the stadium but only one was accessible, forcing around 50,000 spectators to attempt to get in through the single narrow entrance.

“There were only 10 or 20 police officers,” said Romaric, a fan who attended the match with his partner.

“It was not enough. I clearly heard one of them say that the stand was full, that they should start locking the gates.”

Police officers tried to get people to use the other entrances but the fans, knowing that the gates were closed, began forcing their way into the stadium. Videos have emerged of fans climbing the fences to get into the stadium faster.

“Everybody wanted to get into the match. People started forcing their way in, standing on others,” said Dr Diana Bikele, a medic at a local hospital.

Doctors at the Centre des Urgences de Yaounde said that the majority of the injuries they treated were due to people being trampled on and not from climbing fences.

The stadium can host 60,000 individuals but due to Covid-19 restrictions the stadiums are allowed to be at only 80% capacity. The number of fans trying to get into the stadium was greater than that figure.

The president of the Confederation of African Football (CAF), Patrice Motsepe, said that many of the people outside the stadium were just there for the atmosphere which included those who didn’t have tickets.

“I think we do accept that thousands of people more than what was expected arrived,” Motsepe said.

He said it was not known why the gates were locked.

“If those gates were open as it was supposed to we wouldn’t have this problem we have now with this loss of life,” Motsepe said.