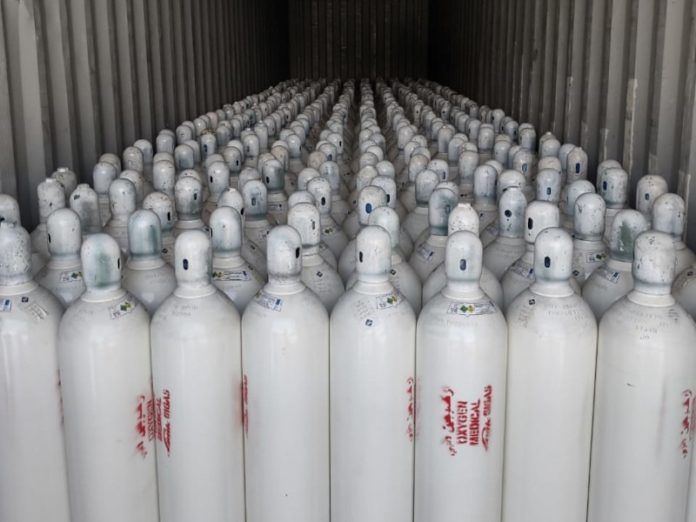 As a third wave seems imminent, South Africa is at risk of running out of supplies of oxygen which is used to treat seriously ill Covid-19 patients.

“If the government doesn’t fill up the cylinders in time, there could be a crisis as the country enters the early stages of the third wave,” said chairperson of the South African Medical Association, Dr Angelique Coetzee.

She added that Covid-19 cases in provinces like Gauteng, North West and Northern Cape have spiked in the last few days.

Rising cases of Covid-19 since March has led to a growing demand for oxygen. This, coupled with the country’s low vaccination rates, leaves SA at risk of facing “total collapse” of its health system.

“Rapidly rising need for oxygen puts pressure on the health system, which it can’t meet, and we see patient deaths increasing,” Leith Greenslade, coordinator of the Every Breath Counts Coalition told the Bureau of Investigative Journalism (BIJ)

Dr. Louis Reynolds of the People’s Health Movement said the lack of oxygen will slow the progress of the immunisation programme as large numbers of people are likely to contract Covid-19 in the third wave.

As of Wednesday, only 1.1% of the population has so far been vaccinated, according to figures published by the New York Times.

According to a BIJ investigation, SA is one of dozens of countries across the world facing an oxygen shortage. Other African countries which are at risk include Nigeria, Ethiopia, Malawi and Zimbabwe.

But the crisis which has landed on these nations’ doorsteps could have been avoided.

Last year, the World Bank made R2.2 trillion available for countries to upgrade their oxygen systems.

The cash can be used to import oxygen or shore up production.

However, the bank has now warned that many of these countries have not applied for these emergency loans.

Spokesperson for the National Health Department, Popo Maja, told Scrolla.Africa that the department has made an agreement with Afrox to be the main supplier of oxygen for the third wave.