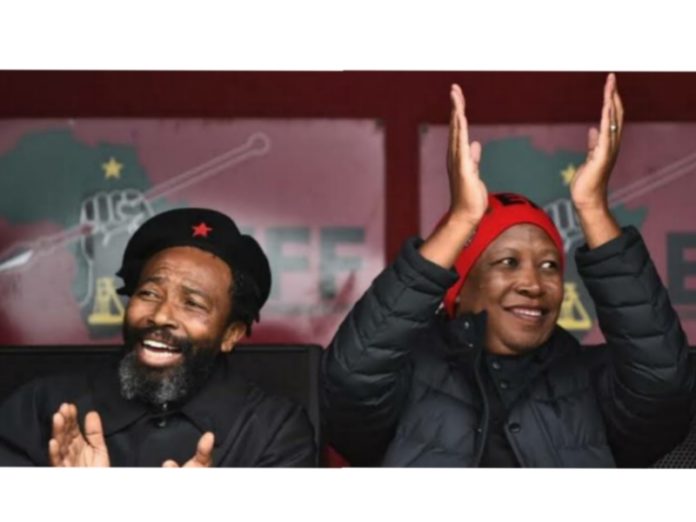 AbaThembu King Buyelekhaya Dalindyebo has called for the AbaThembu nation to vote for the EFF after its leader Julius Malema promised to buy him a car – and voters in Umthatha in the Eastern Cape aren’t best pleased.

His decision to back the EFF affirms his status as Mzansi’s royal political grasshopper, who has now shared his bed with all the top three parties in SA.

At the dawn of democracy, he was a fervent ANC supporter, until the ANC government refused to interfere with his prosecution and sentencing to 15 years in jail for assault, arson, kidnapping and defeating the ends of justice back in 2015.

On the eve of the 2014 national general election, he opened his heart to Helen Zille’s Democratic Alliance hoping to cut it to size for failing to protect his dignity.

On Sunday, he told a crowd at Mandela Park in Umthatha to vote for the EFF, announcing that “Every member of the AbaThembu nation who wants to live in comfort will vote for the EFF.

“I want you to know that, as you know, a king is not supposed to vote but this time around the king will vote and vote for who?” he flirted towards the crowd, who responded with an enthusiastic “EFF!”

He said the EFF Commander-In-Chief was going to buy him a Mercedes ML, “a brand new car fit for a king.”

But Umthatha residents told Scrolla.Africa that the king was exaggerating his popularity if he thought the people of Nelson Mandela’s home would dump the ANC for the EFF over a Merc.

“The problem with the king is that he has no backbone and he keeps taking us all over the place. He alone must vote for the EFF and we will choose a party of our own choice,” said resident Ntombothando Mabhulu.

Meanwhile, Vuyokazi Mncameni said: “I’ll never do that. He is the one who is getting a car. What are they doing for me?”

King Sabatha Dalindyebo Municipality, which runs the capital of the former Transkei, is overwhelmingly an ANC stronghold with the ruling party securing over 63% of the votes in the 2016 local government elections.