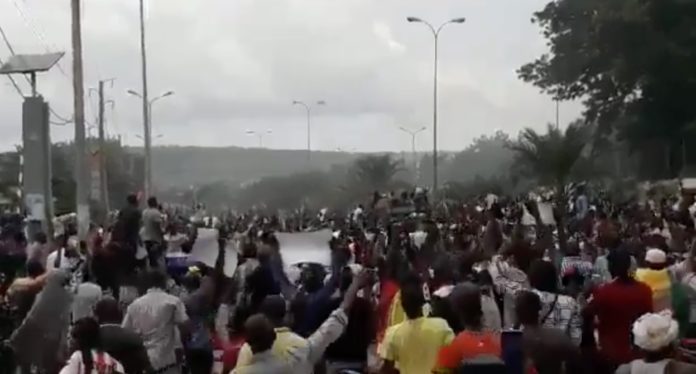 Citizens of Mali went to the streets on Tuesday to celebrate the overthrow of their president.

Ibrahim Boubacar Keïta was forced to step down as head of this West African state after soldiers detained him and the prime minister.

The president, known as IBK, won an election in 2018. But there have been mounting street protests in recent weeks against corruption and the government’s inability to handle Islamic Jihadists responsible for terrorist incidents.

A spokesman for the soldiers called for “a civil political transition leading to credible general elections”.

The coup has alarmed the former colonial ruler France which has 4,500 soldiers in the country fighting the Jihadists.

The United Nations and regional leaders condemned the military coup and called for the democratically elected government to be restored.