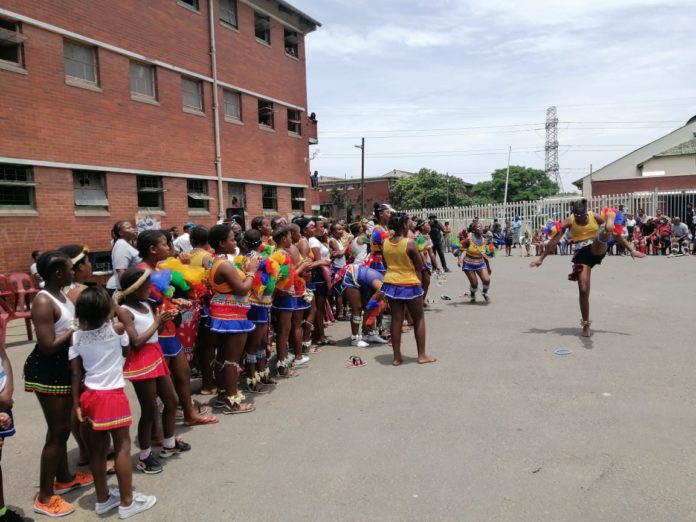 For once the feuding Glebelands hostel-dwellers came together under one roof in peace – and it wasn’t for a funeral or peace talks. It was for a traditional dancing event.

The event held on Sunday was organised by Ubunye bamaHostela which promotes peace in hostels.

Event organiser Mvuzo Ntombela told Scrolla.Africa that the event was aimed at forging peace in the hostels.

“People know Glebelands to be a killing field. We want to change that. We want people to live in harmony,” said Ntombela.

Group after group clad in traditional clothes sang songs that had words about peace and unity. The audience ululated and whistled as groups took turns to perform their well-rehearsed songs.

Ntombela said there were no winners as this always triggered violence at traditional singing events.

“Everybody was a winner. Unity and peace were the winners,” said Ntombela.

He said more than 120 people died in Glebelands between 2014 and 2019 and hitmen have allegedly been hired to kill the enemies from other hostels.

A resident, Msizi Mkhize, who attended the event said the initiative will help to promote cohesion and peace at the hostel.

“The more such events are held, the more the hostel dwellers will be united,” said Mkhize.

Thuthukani Ngcobo, who is a member of Ubunye bamaHostela, said no political party clothing was allowed.

“We didn’t want people to come clad in party regalia simply because this was not a political event,” Ngcobo said.

“The inaugural event was a huge success. It went beyond our expectations. Next year we will grow even bigger.”

He said they would spread the event to other hostels in KwaZulu-Natal.

This is what a man in France filled out on a form explaining why he had to go out during lockdown.

France has policed its lockdowns heavily, making people fill out declarations which they have to carry with them while outside.

The Guardian reports that French police have fined the man for stating he was out to “smash a guy’s face in” on his declaration.

Usual reasons for the form include going shopping, visiting the doctor, travelling to work or exercising.

During the earlier lockdown, other excuses heard included: “I’m fed up with my wife, I must absolutely go and see my mistress.”

One young man stopped on his scooter told police he was making an urgent medical delivery of blood. The words “urgent blood” were written in red lipstick on his box. Inside police found dagga, cocaine and R15,000 in cash.