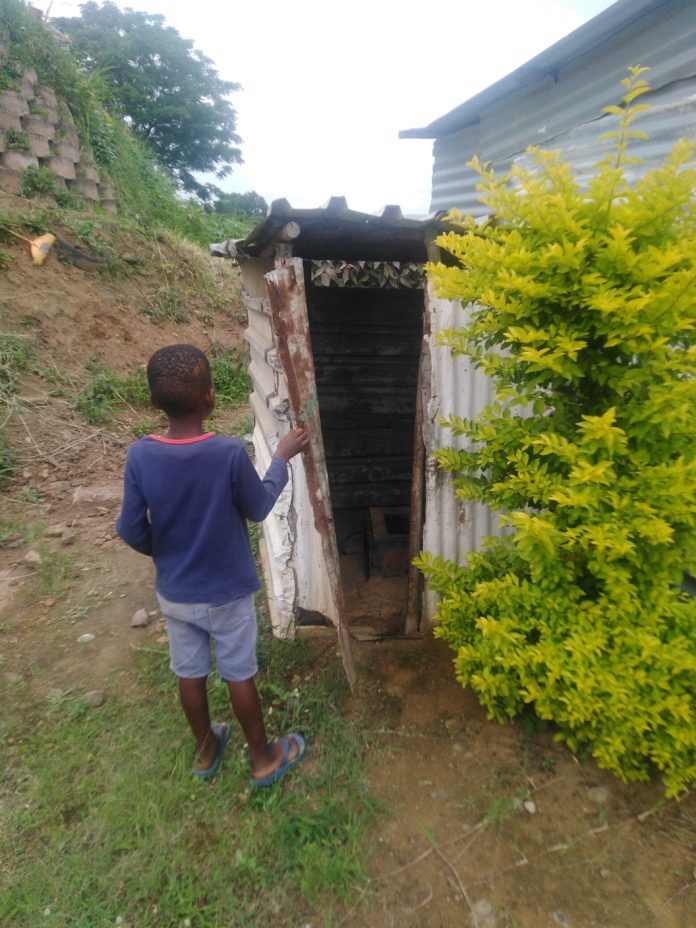 But it is now the end of 2020 and no toilets have been built. The destitute semi-rural and urban communities that were earmarked for the toilets are angry and they want action.

Scrolla.Africa spoke to Sthabile Ngcobo from KwaNyuswa, west of Durban.

“We have been waiting for decades for proper toilets but we are still stuck with the dangerous pit toilets that we built ourselves,” she said.

“We were told in 2016 that the municipality would construct proper toilets for us. This has not happened.”

She said they see in the media that there was corruption involved in the project.

“We plead with our government to build toilets for us,” said Ngcobo.

Another angry resident Thami Thabethe said the government only remembers them during elections.

“They can keep their toilets and we will keep our votes. What we are going through is painful,” said Thabethe.

Toilets, he said, represent the dignity of the people.

“As people who still use pit toilets we don’t have any dignity. After 26 years of democracy we still find ourselves in this position,” said Thabethe.

KwaNyuswa residents have embarked on a series of protests before over lack of service delivery, including toilets – with no success. Other areas that were due for new toilets are Isipingo, KwaXimba and Cato Ridge.

The construction of the much needed toilets was supposed to begin in December 2017.

Seeing as the municipality had flushed public money down the toilet, an internal investigation was launched in 2018. Part of the recommendations was for the private companies involved in the tender to be blacklisted.

The municipality said it implemented the recommendations and the project was restarted after it was hampered by irregularities.

The targeted areas would be ultimately covered, the municipality promised.