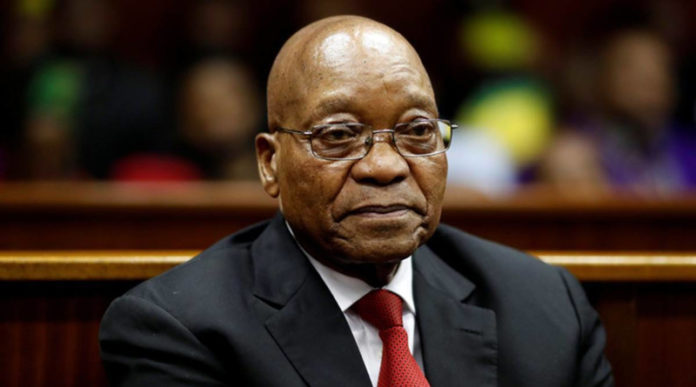 In a media conference, Lamola said Zuma will not get treated any differently to other prisoners, stating that the former president will not have access to a cell phone but will have to use communal telephones like other prisoners.

He will also wear orange overalls and will not have access to personal bodyguards during his time in jail.

Lamola said if the president was receiving special treatment, he would have been taken to one of the correctional services hotels or guest houses. However, the 79-year-old Zuma was taken to the Estcourt Correctional Centre in compliance with the law.

The Estcourt Correctional Centre in KZN, where Zuma will be incarcerated, accommodates just over 500 inmates. It was opened two years ago and has been described as a state-of-the-art facility with a hospital and a training centre. There is a strong security presence in and around the facility.

South Africa came to a standstill on Wednesday night, as the nation waited to see what would unfold at Zuma’s Nkandla homestead before his arrest.

Within the last hour of the deadline for his arrest he handed himself over to the police.

Following his arrest, Zuma told the Constitutional Court that he may apply for the suspension of the orders for his arrest.

However, whether or not this application is even taken into consideration depends on the ruling of the Pietermaritzburg High Court regarding his application for a stay of the orders for his arrest.

The judgement is due to take place and be released on Friday.