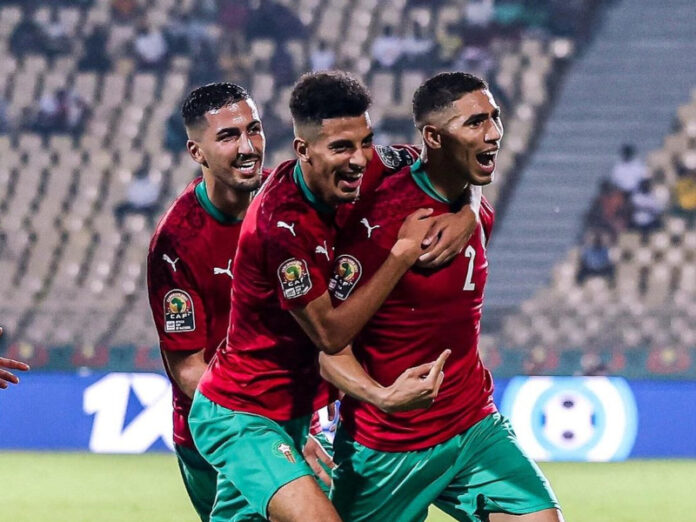 Morocco put an end to Malawi’s African Cup of Nations (Afcon) fairytale with a 2-1 victory in a game that saw two goal of the tournament contenders.

Malawi’s remarkable debut run at the tournament looked to be on course to continue when Orlando Pirates striker Gabadinho Mhango took a shot from distance.

Many would have argued it was the wrong decision, but the ball flew into the top right corner and gave his side an early lead.

Yet another upset looked on the cards, as it has become somewhat of a pattern for the underdogs to surprise their stronger opponents at this competition. However, it was not to be for Malawi, whose dream tournament came to an end.

It then became one-way traffic for Malawi who immediately set up to play on the counterattack. For most of the first half, this looked to be working a treat. A fast counterattack at the 20-minute mark almost saw Mhango double the side’s lead.

But the Moroccans were relentless and kept putting the pressure on the Malawi goal, but Charles Thom was equal to several attempts from the Northern Africans.

However, in the added time of the first half, Morocco finally found their breakthrough, courtesy of a Youssef En-Nesyri header to level the scores before the half-time break.

The second half started slow, with the Atlas Lions struggling to find their rhythm and Malawi working with their back to the game. The fixture became stretched and looked as if it was heading to extra-time.

Step up Paris Saint-Germain defender Achraf Hakimi, who showcased his free-kick prowess by scoring a beautiful set-piece that flew into the top right corner to give his side the lead with 20-minutes to go.

Both Hakimi and Mhango’s goals can be argued as goals of the tournament, given their distance from goal and perfect placement. Afcon has produced several stunning goals throughout the tournament.

Morocco maintained their composure and saw out the final few minutes of the game to book their spot in the quarter finals of Africa’s biggest showpiece.

They will, however, be keeping a close eye on the Ivory Coast – Egypt game as that is where their opponent will come from, in what is set to be a mammoth quarter final fixture. That game will kick off o Sunday at 6pm.