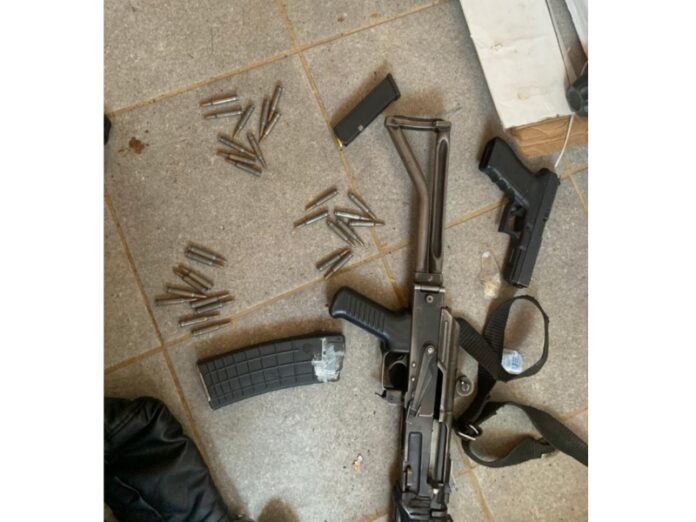 Two firearms that had been stolen from police in separate incidents have been recovered in Ivory Park in Gauteng.

The first of the two guns was stolen from Sebenza Police Station. It was later used in a robbery on Saturday at Busy Corner Mall in Ebony Park near Midrand,

He said the deceased was part of a group of thugs that went on a robbery spree at the mall, targeting two stores that were about to close shop for the day.

“The deceased entered the shop as they were about to close, blending in with other customers who were already in the store,” said Captain Matimulane.

“To let his fellow crew in who were outside, the suspect, now deceased, extended his hand to one of the suspects, under the pretext of fetching his wallet from her, and that was when one of the robbers shot him in the head, and his firearm fell off.”

He said the suspect died later in hospital while under police guard.

Captain Matimulane said the firearm that the deceased had was recovered with 14 rounds of live ammunition and preliminary information revealed that it had been stolen and was reported as such at the Sebenza Police Station.

In a separate incident, local patrollers recovered a firearm which was stolen from a police officer in Ivory Park.

Two suspects were arrested for robbing a police officer of his firearm. Community patrollers discovered the suspects and alerted the police, who acted quickly to arrest the two men, aged 20 and 25.