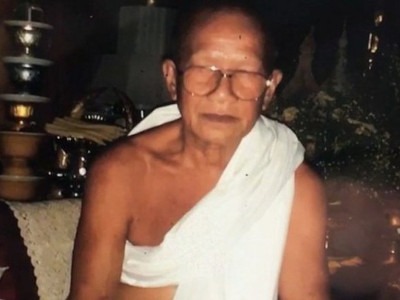 A Monk in Thailand has used a guillotine to chop off his own head as an offering to Buddha, with the belief that he would be reincarnated as a “higher spiritual being”.

Thammakorn Wangpreecha, 68, had been planning to carry out the ritual for over five years, his followers have said.

Wangpreecha was the abbot of Wat Phuhingong monastery in northern Thailand, where his body was discovered by his nephew, Booncherd Boonrod, earlier this month.

According to the Daily Mail, the monk had positioned himself so his severed head would fall into the palm of a statue of Buddha placed below the guillotine.

He believed that offering his head to Buddha would bring him good luck in his afterlife and allow him to reincarnate as “a higher being,” a Buddhist spiritual belief known as “making merit.”

Boonrod told local media that at the foot of the statue was a slab of marble in which Wangpreecha explained the bizarre scene of his suicide.

He said, “In the letter it was stated that chopping his head off was his way of praising Buddha.

“His wish was to offer his head and his soul so that the Lord could help him reincarnate as a higher spiritual being in the next life.”

Wangpreecha had served in the monastery for 11 years, and reportedly told his followers that he intended to leave the monkhood – but he had not told anyone about his intention to decapitate himself.

Following his nephew’s discovery of his body, Wanpreecha’s 300 followers prepared the monk’s funeral rites, which reportedly involved laying his body in a casket and displaying his head in a jar.

Police intervened and took the body to a hospital for a post-mortem to ascertain the cause of death before returning it to his family.

His body has now been returned to his family, who carried him to a forest where he was cremated.

One of his followers, Yu, said “He fulfilled his goal and met enlightenment.”

Thai religious authorities warned that suicide is not a part of the Buddhist practise, and self-harm is not to be encouraged.