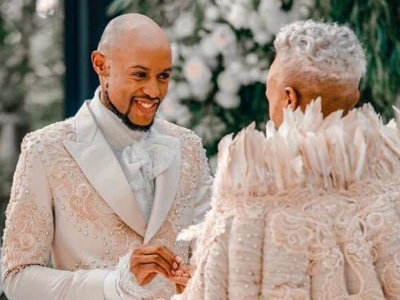 That’s the angry message from Mohale Motaung-Mhlongo, who has told the media and fans to leave him in peace so he can fight for the restoration of his marriage.

In an interview with Scrolla.Africa, Mohale admitted that his marriage with Idols SA judge Somizi Mhlongo-Motaung is in turmoil and as a result they have ​not been ​staying together for some time.

“He is the one who unfollowed me,” said Mohale.

“Why must I answer questions about what he is doing on social media. Why don’t you ask him?”

A defiant Mohale asked why it was so important to the media and so-called fans to know every detail about his marriage.

“Let me also answer your next question,” said Mohale.

“My marriage is no different from any other marriages out there. Somizi and I have good and tough days just like any other couple.”

He said he didn’t know why some media was suggesting that Somizi and he were divorcing.

“I don’t know where they get that story.

“Neither Somizi nor I have ever announced such a decision,” he said.

Many media reports suggest the friendship between Somizi and Vusi Nova is a contributing factor to the troubles in the strained marriage, but Mohale wouldn’t comment on that.

The Soweto born man who has never been shy of sharing his views about anything and everything on social media would not say if the suspicious friendship is indeed one of the reasons his marriage is in trouble.