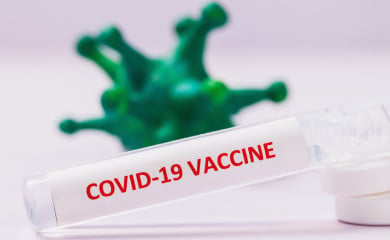 Manufacturer Moderna announced on Monday that its Covid-19 vaccine offers more effective protection against the variant first identified in Britain than the one found in South Africa.

The laboratory tests show that the jab is slightly less likely to kill the South African strain of the virus than it is the UK strain.

The results come from tests in which the vaccine was administered in two doses, the routine amount.

As a result, Moderna has decided to carry out further tests to see if three doses of the vaccine produces a more effective response.

More significantly, the manufacturer has also made a new, tweaked version of the vaccine using genetic material from the South African variant.

Other vaccine manufacturers are also expected to test their jabs against the new variants.

Stephane Bancel, chief executive of Moderna, said: “As we seek to defeat the COVID-19 virus, which has created a worldwide pandemic, we believe it is imperative to be proactive as the virus evolves.”

Both the variants found in the UK and South Africa have mutations that have set them apart from the original SARS-CoV-2 coronavirus.

However, the South African variant, as well as a recent one found in Brazil, are causing even greater concern because they have additional mutations that may help the virus evade the immune system.

Scientists expect more variants to emerge in the future.