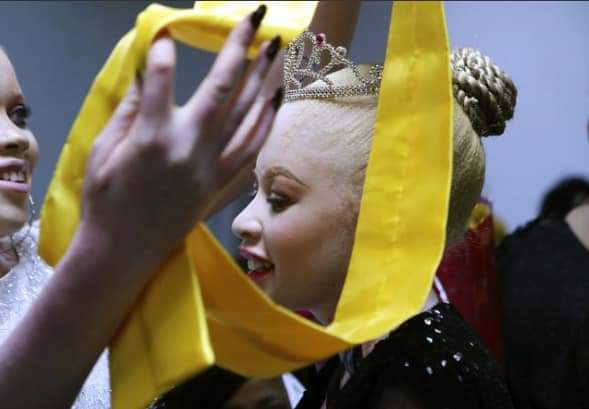 They have been called ‘aliens’. Some kill them because they believe their body parts make powerful ‘muthi’.

But for the first time in South Africa, the nation is looking forward to the Mr & Miss Albinism SA pageant to be held on the 27th of March 2021.

“It is a pageant to break boundaries and stereotypes in people. It is mostly for awareness and we also doing this to instil confidence among people with the condition. So that they know they also form part of the society and without them we are incomplete.”

The 36 year old said he came up with the idea after he was invited to be the judge for albinism pageants in Malawi and Zimbabwe as was formerly a board member of the Mr SA pageant.

“I saw in SA we don’t have that. SA is like the New York of the continent. We are the ones who were supposed to be leading and addressing such issues. Leading in conversations and activations around that,” he said.

While developing the concept, Godfrey approached numerous people with albinism in the country who said ‘they feel left out’ in many things because of their condition.