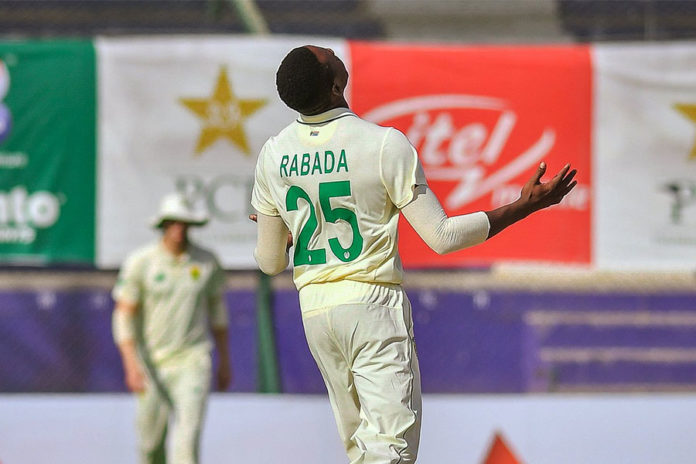 At the end of Day 3 in the Test between the Proteas and Pakistan at The National Stadium in Karachi, there was still a glimmer of hope that the Proteas could pull a rabbit out of the hat – but that was Thursday.

That was before, one after the other the South African batsmen came out and spent only enough time at the crease to raise the white flag to a rampant Pakistani attack.

Looking back, the collapse was inevitable. It started during the last three overs of day 3 when a sullen Faf du Plessis came out to the crease, scored 10 runs, then walked – still sullen – back to the pavilion. Keshav Maharaj came out as nightwatchman (always a questionable option), hung around long enough to face seven balls, score two runs and get clean-bowled by Hasan Ali.

This morning, the courageous Temba Bavuma scored 40 runs from 95 balls – as the rest of the team collapsed around him. Between captain Quinton de Kock (2), George Linde (11), Kagiso Rabada (1), Anrich Nortje (0) and Lungi Ngidi (3 not out), they managed a timid 17 runs, leaving Pakistan to score 90 for 3 to win the match.

What Shaun Pollock said after the match is significant, not for what he said, but what he didn’t say.

“The series is not necessarily lost for South Africa.” What he should have added, was to say that it probably is.

The Proteas have a lot of work to do. And before they even think about what went wrong on the field they have to take care of their attitude. Their willingness to lose is an embarrassment. Whether or not there is trouble in the change room or trouble with Cricket South Africa, they need to remind themselves that they are the country’s premier team, and they have a responsibility towards the cricket lovers back home, the nation (they are not called the national team for nothing) and to themselves. It’s called a fighting spirit.