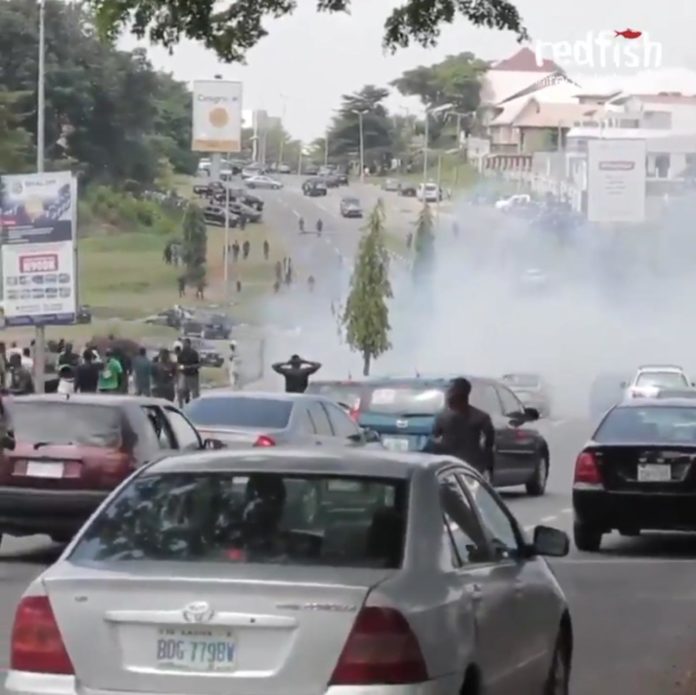 Nigeria was in a state of shock after soldiers opened fire on terrified protesters on Tuesday night who were filmed crouching and screaming.

The military then turned away ambulances who were sent in to assist the wounded.

The youths have been protesting in cities throughout the country against police brutality and corruption.

The shootings on Tuesday night occurred at Lekki, a commercial hub north of Lagos, where the protestors defied curfew regulations.

Various reports indicated that between seven and nine people were dead and scores injured, but the toll could be much higher.

If the military action was meant to stamp out the protests it had the opposite effect of further inflaming the protests.

A number of police stations and government buildings have been attacked and several burnt down.

Soldiers on Wednesday morning rescued the Oba (King) of Lagos, Rilwanu Akiolu, from angry youths who invaded the palace and attempted to burn it down.

The leaders of the protests have sought to distance themselves from the actions of thugs.

Several lawmakers on Wednesday protested against the military action and noted that the protests had united Nigerians across geography, ethnicity and religion.

“The protests are as a result of frustration by Nigerian youths who have seen governments at all levels fail to provide public goods and opportunities for them to lead a meaningful life,” they said.

Nigeria’s Nobel laureate and long-time opponent of military rule, Wole Soyinka, condemned the federal government for acting in an authoritarian way by deploying armed soldiers on the protesters.

Soyinka said the Lagos governor did not invite in the Army and did not complain of a “breakdown in law and order”.

Nigerian diaspora communities gathered to protest at embassies around the world, including outside the Nigerian High Commission in Johannesburg.