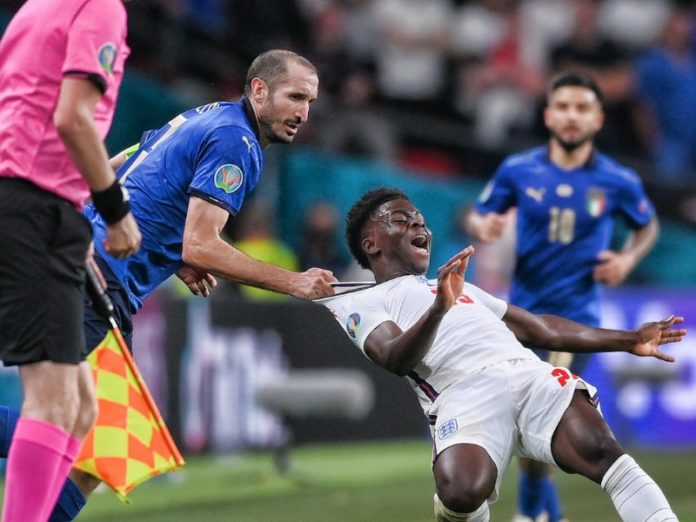 The Euro 2020 has come and gone, and as one would expect, it has not been without surprises.

While Italy deserved to win, the story of Denmark’s competition won the hearts of fans across the world.

The way the players played for their captain Christian Eriksen, seemingly forgetting about the politics of playing for their country, is a unique and historic event in world football.

Denmark’s first match of the tournament, played against Finland, was held up for a couple of hours after Eriksen collapsed after suffering a cardiac arrest, after which team doctor Boesen reported: “He was gone. We did cardiac resuscitation.”

But Eriksen was saved and he watched his teammates from his hospital television set. Sadly, his team was robbed of a place in the final by England. True football lovers will know what I’m talking about.

What intrigued me about this tournament was the number of players of African origin who represented teams from European countries.

Most of these players were either born in African countries or their parents are both from there. There are also those who were born in Europe, with one parent being European and the other African.

The number is shocking. Why, I wondered, did these players choose to play for foreign countries rather than African nations?

While it would be fantastic if players of this quality joined the ranks of Sadio Mane, Pierre-Emerick Aubameyang and Mohamed Salah in playing for their African country of origin, it isn’t that simple.

Players might well love and identify with the nation from which they hail, but they might favour playing for France to further their careers. Kante, Pogba and Mbappe – as well as many others before them – have won major trophies with their chosen national team.

These are good players and their African countries could have had them in their set-ups, but they chose to represent the countries of their birth instead. Nevertheless, it would be fantastic to see world-class talent lighting up the African Cup of Nations in future years.