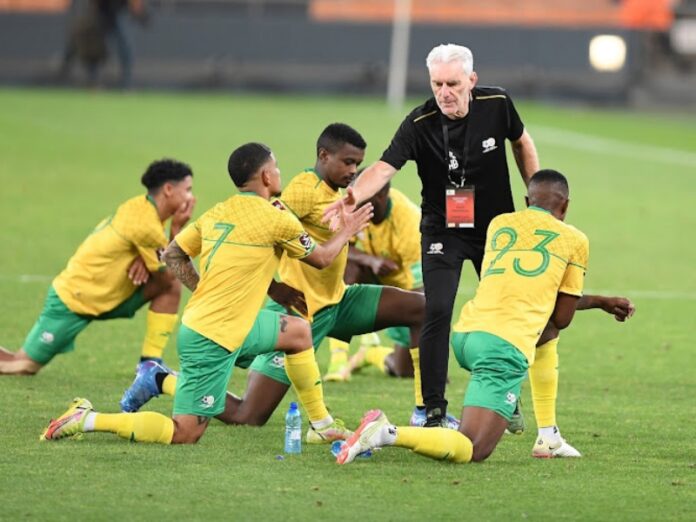 Either some of the Premier Soccer League (PSL) coaches don’t understand Hugo Broos’s mandate or they just don’t respect his position as Bafana Bafana mentor.

Because if they did understand, they wouldn’t be putting pressure on the Belgian to select their players who have played for Bafana but never made an impact on the national team.

Last week Broos announced a youthful team that will take on Guinea in Belgium on Friday and France in Lille on Tuesday.

Sundowns co-coach Manqoba Mngqithi didn’t react too kindly to the news that Broos had once again left these two out of his squad.

“Zwane has been consistent. The question is, what does he need to do? Maybe he must go to Home Affairs and change his age because the truth of the matter is he is a pillar of strength in our team and he helps us to really navigate our way. I also believe he can help the national team,” said Mngqithi.

In the Afcon 2015 in Equatorial Guinea and Gabon, both Zwane, 32, and Jali, 31, played for Bafana which failed to even get past the group stages.

In 2019 in Egypt, Zwane was there and Bafana lost in the quarter-finals.

SuperSport United coach Kaitano Tembo also told Broos that Thamsanqa Gabuza is a better striker now than he was two years ago. Gabuza, 34, is another player who is doing well for his team but what new can he bring to the current Bafana team?

I agree with these coaches that the players are in top form but Broos was brought in for change and that is what he’s doing.

I think it is time the PSL allows Broos that long-awaited meeting with all the coaches that he asked for in October but the PSL is yet to respond.

Broos took over from Molefi Ntseki last year in April after Bafana failed to qualify for the Afcon in Cameroon.

Safa said they want a new look and youthful team that will qualify for Afcon 2023 in Ivory Coast and beyond that for the 2026 Fifa World Cup to be co-hosted by USA, Canada and Mexico.