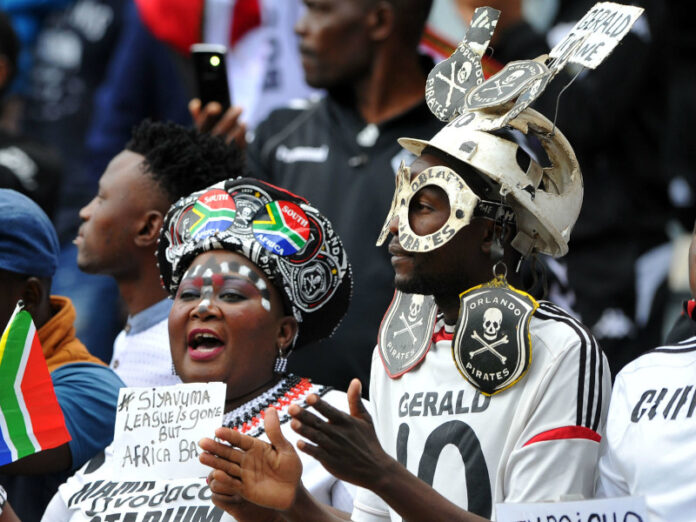 Orlando Pirates supporters should be ashamed of themselves for the way they treated Joy “Mama Joy” Chauke on her return to the Orlando Stadium last week.

It was an embarrassing affair. She was booed and called a liar in a song by Buccaneers supporters whilst attending a match between Pirates and Chippa United last Wednesday.

This was uncalled for, especially as she supported Bucs for 20 years before switching to Royal AM at the beginning of the season.

It was really sad to see the way she was treated, but I must applaud her for being strong.

“I was shocked when I went to the Pirates game and I got booed by fellow supporters. It was the first time that I have experienced being that person who is getting booed,” she said, commenting on the treatment she received.

“It happens that supporters will sometimes boo players, but me? I don’t know what I have done to be booed by Pirates supporters.”

The distraught Mama Joy further added that Bucs supporters should respect her decision to support Royal AM.

“I always go to the stadium because when you have been vaccinated you can attend any game you want,” she said.

“I never thought going to Orlando Stadium would end up like this. I just joined them when they sang Mama Joy you’re a liar. I was there to sing and dance with supporters.”

Mama Joy’s team of choice Royal AM are on the brink of making history by competing in the CAF Confederation Cup for the first time.

With four matches to go before the season ends, Royal AM are in second place in the DStv Premiership with 45 points – one point ahead of Cape Town City and five points ahead of Pirates.