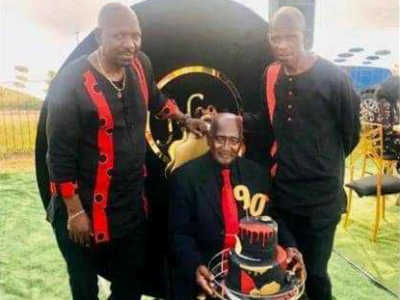 The Ngubane’s were still mourning the death of Menzi Ngubane who died at the weekend when they were hit by another tragedy.

Sources close to the family said he is suspected to have died from a heart attack after his son’s death.

The death of the actor’s father took place just as the family was busy preparing for Menzi’s memorial on Thursday.

A source close to the family told Sunday World that Menzi’s father passed away in his home in Mnambithi where Menzi is scheduled to be buried this Saturday.

Sunday World also reported that sources close to the family suspect he died from a broken heart because the two were close.

“He was broken by his son’s death…we suspect it’s heart failure,” the source said.

“They were planning Menzi’s memorial for this coming Thursday but he could not bear the pain of losing his son.”