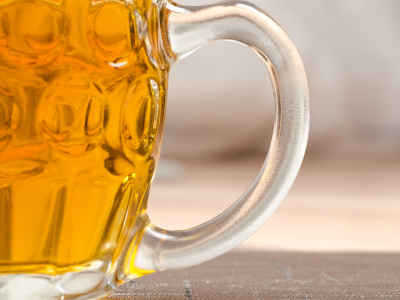 A woman who urinates alcohol without having drunk a single drop, is the first person ever to be diagnosed with “urinary auto-brewery syndrome,” the NewScientist reports.

The 61-year-old woman, who has requested anonymity, suffers from diabetes and liver cirrhosis, and needed a liver transplant.

But whenever doctors tested her urine, they repeatedly found traces of alcohol, and so the procedure couldn’t take place.

The woman insisted that she had not drunk a single drop. But her doctors refused to believe her, and took her off the waiting list for a donor organ. She was instead referred for treatment for alcohol abuse.

Medics continued to be bemused by her case, so she was transferred to the University of Pittsburgh Medical Center Presbyterian Hospital in Pennsylvania, America.

Again, doctors were left stumped, as tests revealed that the woman had alcohol in her urine but none in her blood.

A pathologist called Kenichi Tamama was asked to step in, and he discovered yeast in the woman’s urine.

While this is not an unusual phenomenon, he suspected that the woman’s diabetes was causing there to be high levels of sugar in the woman’s urine, which was being fermented by the yeast to produce alcohol.

To confirm his suspicions, Tamama ran an experiment in which he left several containers of urine – with either high or low levels of yeast – to sit overnight.

He didn’t even have to test the alcohol levels when he returned the next day to check the containers!

“Even before the incubation, we noticed the alcohol smell of the specimen,” says Tamama. “The next day, the smell had intensified.”

Tamama told the publication that he and his colleagues were shocked by their findings. But the woman was apparently relieved; at least now doctors would believe that she’s not an alcohol abuser.