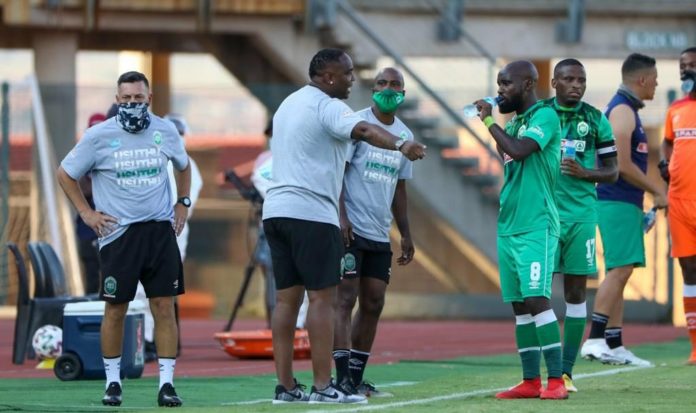 Volatile Amazulu coach Benni McCarthy said he is running out of patience with his players.

“It’s about time they took some responsibility for the team’s poor results in the DStv Premiership,” he said.

Usuthu were held to a 1-1 stalemate by Supersport United on Wednesday after letting a slender first half-lead slip.

“Since I became Amazulu coach, we have dominated every game but yet we have nothing to show for it. It’s frustrating,” said the all-time leading Bafana Bafana goal scorer.

It has been a bumpy journey for McCarthy in his six games in charge of Amazulu – registering one victory, two defeats and three draws.

“I’m running out of patience. I feel the players need to expect more of themselves. It is too easy when you drop points like this and no-one wants to take responsibility. Your job becomes difficult,” he said.

Prior to the start of the campaign, Usuthu announced a host of new players which included former Kaizer Chiefs veterans Tsepo Masilela and Siphiwe Tshabalala. They also roped in former Orlando Pirates forward, Luvuyo Memela and midfielder, Xola Mlambo.

But McCarthy wants team president and the management to go into the transfer market.

“I don’t want this to become the Amazulu team that plays fantastically well, dominating games and possession but comes away with zero. There are still pieces of the puzzle missing and hopefully we can go into the market and bring in someone who is willing to take leadership of the team and win games for us,” McCarthy said.

Usuthu are 10th on the log standings with 12 points from 12 games.

McCarthy’s next challenge is away against Baroka FC in Polokwane on Saturday afternoon at the Peter Mokaba stadium. Baroka are 8th on the table with 15 points from the same number of games.