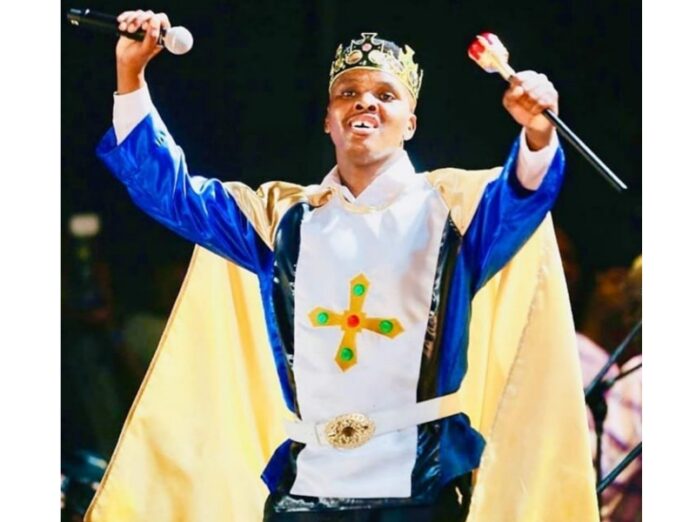 Popular maskandi singer Khuzani “Indlamlenze” Mpungose is in a bitter fight with his TV Show producers over an unpaid R300 000.

The maskandi singer had a Sunday evening show on SABC 1 titled Khuzani Bo! Which was produced by Bar Leader owned by Legend Manqele.

Khuzani’s company, Ndlamlenze Group Productions, had an agreement with Bar

Leader that the former would receive R300 000 after the completion of the production.

Bar Leader signed a contract with the SABC which showed the Khuzani Bo! show which ended last December.

But 5 months later Khuzani has still not been paid and he says he feels swindled of his money.

A source said. “What pisses off Khuzani is that those working on the show of his rival Mthandeni Manqel, which was shown on Saturday, have been paid,” the source said.

Mthokozisi Zuma of Ndlamlenze Group Productions confirmed to Scrolla.Africa that they were waiting for payment.

“We have not found any joy from Manqele each time we enquire about our payment. Based on our agreement with them, our payment was due in December.” Zuma said.

“I have ordered them to follow the procedure. They must submit invoice so that

SABC spokesperson Ndileka Cola said she was awaiting full details on the matter before commenting.