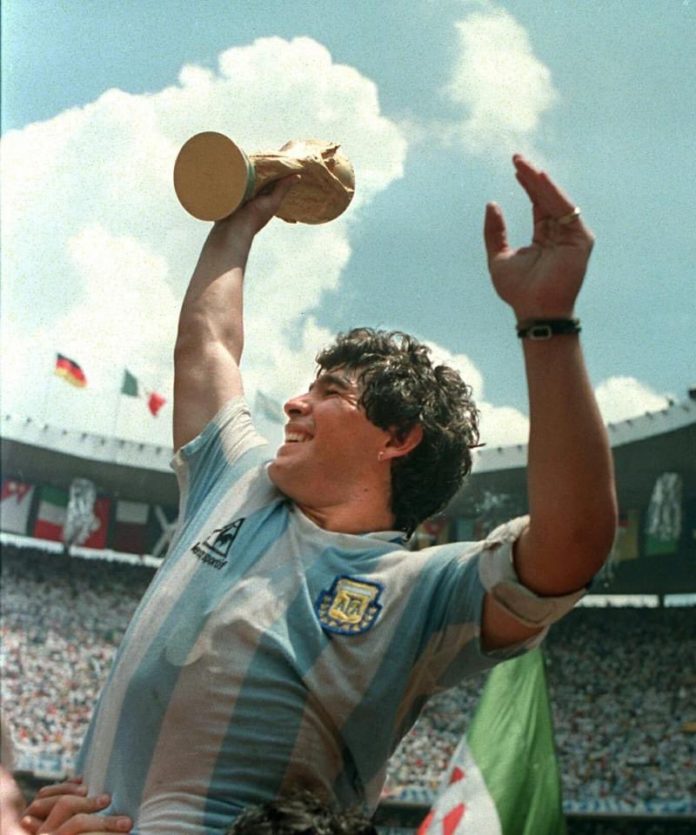 Maradona, one of the greatest soccer players of all time, died on Wednesday at the age of 60.

Maradona captained Argentina to victory at the 1986 World Cup, producing a series of sublime performances.

On 22 June 1986, he scored the best goal in Soccer World Cup history at the Azteca Stadium in Mexico City when he sent the ball into the net after eluding five English players and the English goalkeeper.

But the game was marred by the “hand of God” incident in which Maradona appeared to touch the ball on its way to the net. The referees did not have a clear view of play and instead of being disallowed the goal helped Argentina to a 2-1 victory over England.

Argentina went on to win the World Cup. Maradona scored five goals and was the best player of the tournament.

His career as an attacking midfielder with the national team lasted from 1977 to 1994 and he came back to manage Argentina.

Maradona played for Barcelona and Napoli during his club career, winning two Serie A titles with the Italian side.

His trademark flair and jinxing runs and his incredibly elusive ball control brought Maradona into the global vocabulary. Leaders who were tricky but with style earned the title Maradona.

After he retired Maradona battled drug and alcohol addiction.

He had surgery on a blood clot in the brain earlier in November. It was then announced he was to be treated for alcohol dependency.

He died on Wednesday of a heart attack less than a month after turning 60.