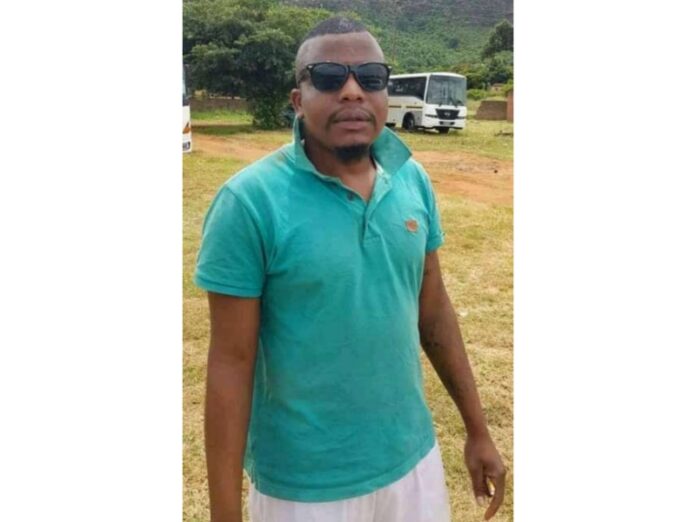 Thompho Nemushungwa, who died while searching for the body of a fisherman, at Luvuvhu River was hailed as a hero by his loved ones and community leaders.

Thompho joined the community to search for the body of Fhulufhuwani Munzhelele, who went missing in the crocodile-infested waters around the local Luvuvhu River outside Thohoyandou in Limpopo last Tuesday.

Thompho’s uncle Dakalo Nemushungwa said the 35-year-old man was tireless in his search for the missing fisherman, going to the river for hours every day after he went missing.

“On Thursday he left with others to continue the search for Munzhelele but unfortunately it was to be his last day and he drowned,” Dakalo said.

Thompho was initially thought to have also been caught by crocs, but his body was discovered by community members on Friday. Munzhelele’s body is yet to be found.

Thompho’s death has rocked the community in the village of Tshifudi Gota, members of which were already grieving the death of Munzhelele. Thompho’s family continues to grieve his death.

“We are in deep grief as a family but the help and support we are getting from the community will see us through and we will give him a decent funeral,” Dakalo said.

“He lived alone after his parents passed on and left him all by himself. He was one of the best swimmers around here and we were taken by surprise when he drowned,” added Dakalo, who hailed his nephew a hero who died trying to find the body of his friend.

“We feel a bit relieved that his body was found only a day after he drowned. As much as we are mourning his death, we also share our grief with the Munzhelele family whose loved one has not yet been found,” Dakalo said.

“I’m still trying to figure out how I will be able to take care of the children as my husband was the sole provider. We are hopeful that he will be found and we will bury him,” she said.

The local chief Collen Mashau said the two incidents have brought much pain in the community but hailed Thompho Nemushungwa’s bravery.