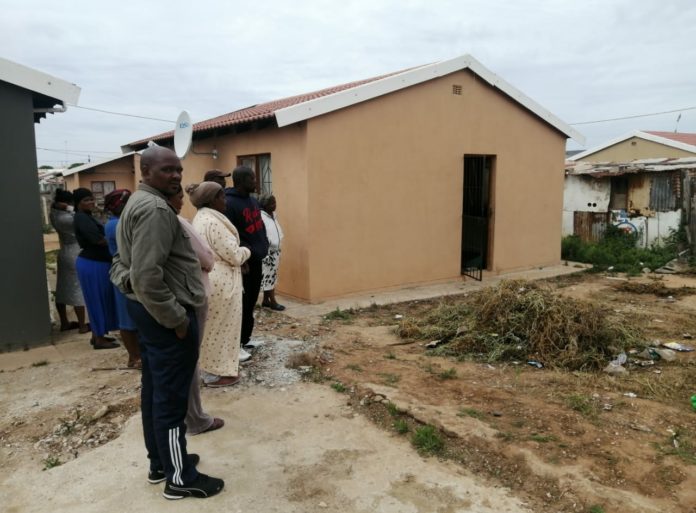 Earlier this year, Welile Yamaphi escaped death when he almost burnt to death – but on Sunday morning he was shot dead, sustaining eight bullet wounds, only four months after moving into an RDP house.

His devastated cousin Nombulelo Zamxaka said: “Welile was locked in from the outside by unknown attackers in a shack.”

He said the shack in Endlovini informal settlement in Missionvale in Port Elizabeth was set on fire by unknown people.

“His neighbours rescued him after hearing his cries. Since then we have been asking him to leave the shack for an RDP because we weren’t safe,” said Nombulelo.

“This morning I got a call from Welile’s neighbours that he was shot and killed. His kitchen door and a security gate were broken down with a spade. There were also empty cartridges outside the door. We thought by moving into the RDP he would be safe. His two kids have been robbed of a good father.”

A neighbour Nomhle Monge said at about 2.30am she was on her way back from the toilet when she heard a bang as if somebody was hitting the door.

“Then I heard a first gunshot and I ran up and down in my house thinking that gunmen were shooting at me,” she said.

“In between their shots there were gaps. I counted seven more shots and then it was quiet.”

Nomhle ran outside to wake up a neighbour.

“He screamed and I pressed him down on his bed closing his mouth with my hand, fearing the gunmen would hear us.”

She said they realised it was Welile when the company where he worked as a security guard arrived at about 5.20am and they found Welile dead with his uniform next to his bed.

Colonel Priscilla Naidu said Welile was found lying on the floor in his room with multiple gunshot wounds.

“The motive and suspects are unknown at this stage. The deceased was a security officer at a local hospital. A case of murder is under investigation.”