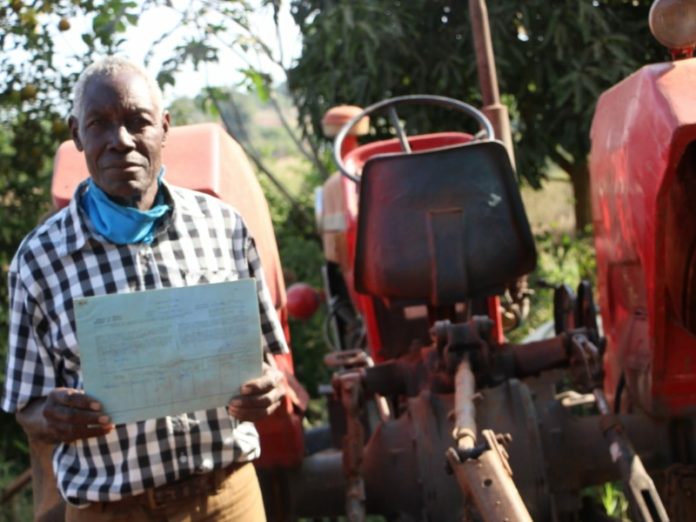 Farmer Lucas Mamali of Tshilungoma near Thohoyandou in Limpopo has worked his land for the last 36 years. He is now facing the prospect of losing the 15 hectares of land after the local traditional leader, Chief Samson Mphego, evicted him.

His farm, located along the Nandoni Dam, is alleged to have been sold to a businessman for a leisure resort.

The majority of people in rural areas are given Permission To Occupy (PTO) instead of title deeds, leaving them at a disadvantage. These people are denied bonds and loans by banks because they do not have the title deeds.

Nobody has ever informed Mamali about this but with no title dead, there is little he can do to fight it.

“I bought the land in 1985 for R120 from the Mphaphuli Traditional Council and have been paying the annual levy to the chief,” he said.

“I was simply told to vacate the farm but I won’t move that easily. I have papers to prove my ownership from the traditional council.”

He said he invested a lot of money in the farm and it is his only source of income.

Attorney Maano Sigwavhulimu said the permission to occupy is a valid document that many disregard.

“Mamali has the right to occupy the land and only a sheriff with a court order can evict him. The chief can’t just evict a PTO holder. The Protection of Illegal Evictions Act has substantive and procedural requirements in such cases,” said Sigwavhulimu.

Erick Manyananya of the Mphaphuli Traditional Council confirmed a complaint was received from Mamali concerning his farm. He said they are handling it and an amicable solution would be reached.