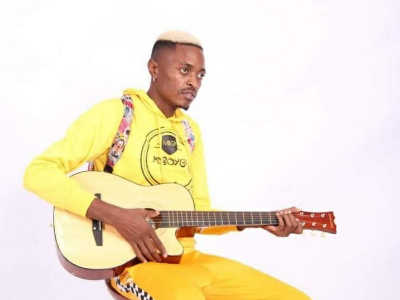 Makhadzi has distanced herself from the song “Woza Summer” by Limpopo Boy.

“I know nothing about the song. I don’t know why they listed me as one of the composers,” she said.

Makhadzi, the “Tshanda Vhuya” and “Matorokisi’‘ hitmaker told Scrolla Africa she didn’t know why she was listed as one of the composers.

“I never worked on it at all,” she said.

“Woza Summer,” which belongs to Robert Thoka, who’s known as Limpopo Boy, was released on Friday.

The song is at the centre of a dispute between Limpopo Boy and bandmate Blessing Khumalo, known as Sikorobho.

The controversy began when Sikorobho learnt that Limpopo Boy registered the song as his own, when their initial agreement was that they were going to release the song together.

“It was disturbing what Limpopo Boy did,” said Sikorobho.

According to Sikorobho, the song was released under Open Mic and features Queen Lolly and Dj AirBurn Sounds.

Sikorobho said he wasn’t fighting with Limpopo Boy but added: “He double crossed me on the song. I have also left his flat because what he did was not cool at all. He was selfish and I can’t be sharing a room with someone who signs deals behind my back. One day he will need me.”

Limpopo Boy confirmed he released the song alone and lashed out at Sikorobho.

“He’s an opportunist. He used me. That song is mine and he must stop bad-mouthing me,” he said.

Open Mic manager Brandon Maseko denied that it was released under his stable.

“I was only helping him because he dances for Makhadzi. The song is released independently. I can’t tell you the name of the stable,” he said.