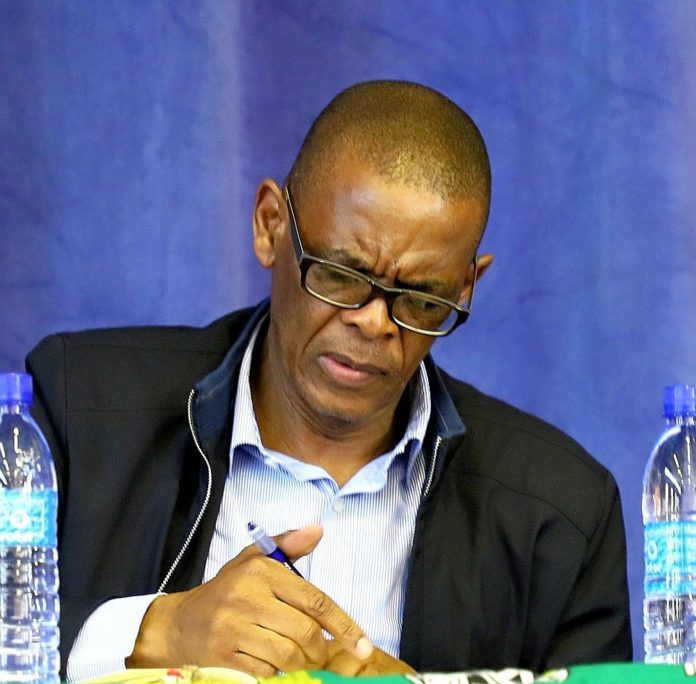 As ANC postpones the big fight to the NGC in April

ANC secretary general Ace Magashule still has his job after lobbying against his removal for corruption charges at the virtual National Executive Committee (NEC) meeting.

But he is not out of the woods yet.

The fight over Magashule’s position – and the broader fight for the soul of the ANC and how it deals with corruption – has now been pushed back to the National General Council (NGC) meeting in April.

NEC members we spoke to say the idea of forcing the ANC secretary general to step aside was a non-starter.

“It was never going to happen.”

Most explanations were technical, without directly acknowledging the strength of the Magashule and Zuma factions.

‘No forum convened without the mandate of ANC branch delegates can remove a sitting member of the ANC top six,’ said an NEC member from the Eastern Cape.

Another NEC member explained the difficulty that the Ramaphosa camp was facing in trying to push Magashule to voluntarily step down.

“If SG was a minister in Ramaphosa’s cabinet, the NEC would be within its right to recommend that he steps aside.

“But even in that case, such a minister would remain a member of the NEC if he was elected to the NEC at a conference.”

The ruling party is battling to implement a resolution taken by its 2017 elective conference which said members charged with crimes should step down from their positions until cleared by the courts.

Outside of the shadow boxing in the three-day NEC meeting, preparations for the real showdown are well underway with just six days left for ANC members to renew their membership.

Members who are not in good standing will not be allowed to participate in various regional and provincial conferences to be held between January and March 2021.

Over 4,000 delegates from ANC branches will participate in the mid-term NGC conference, the most powerful forum between elective conferences.

Even Magashule agrees that a forum like the NGC would have powers to demote him.

In his closing address to the NEC, President Cyril Ramaphosa said the party continued “to seek to forge unity to find one another”. He blamed outside forces for driving factionalism in the ANC – perhaps forgetting that he himself said on Tuesday that the party looked like an “organisation at war with itself”.

In the statement on Monday, Ramaphosa signalled he wanted Magashule to go.

The president therefore remains vulnerable – to the Zuma and Magashule factions. But as long as he can still rely on his powerful vice president, David Mabuza, for support, he too will live to see another day. And possibly another term.