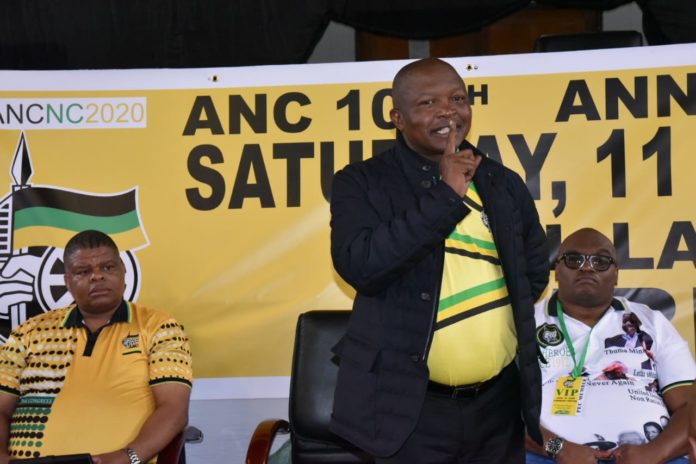 Three years ago David “The Cat” Mabuza walked into the ANC elective conference in complete command of 736 delegates.

His aides say he knew from the beginning that he was going to the conference to be kingmaker.

Without Mabuza’s Mpumalanga vote, the conference had voted for former president Jacob Zuma’s ex wife Nkosazana Dlamini-Zuma to replace him.

But Mabuza – the most powerful man in the room – threw his lot in with Ramaphosa and earned himself the position of deputy president.

Over the past two years, much has been written about Mabuza’s intentions. Some have speculated the man was battling an illness that could rule him out of the running. As could the numerous skeletons in his closet.

But Mabuza’s backers and aides say Mabuza remains interested in being president one day.

There will be new chess moves for him as ANC’s all powerful national executive committee begins a three day virtual meeting. The discussions include an election campaign strategy for the 2021 elections, the covid pandemic and the legal troubles facing party secretary Ace Magashule.

This week we spoke to two people in the deputy president’s inner circle, one of them working in his office, and they both confirmed that Mabuza has no intention of stepping aside.

“People wonder why he kept such a low profile when everyone was abusing the PPE money to enrich themselves.

“The short answer is that we advised him to leave Ramaphosa to deal with his mess.”

“He doesn’t need Ramaphosa’s mess in his hands,” said a member of the ANC NEC, who was involved in lobbying for Mabuza in the run-up to the 2017 conference in Nasrec.

A source in the presidency said Mabuza was the only one who remains in charge of his support base even when deployed in national government.

“The Cat is his own man.

“You saw the “Premier League” and others rushing off to show support to Magashule in court.

“He has a deal with Ramaphosa and he remains committed to supporting the Ramaphosa government to the end.”

As usual the main stage will be the Zuma camp versus the Ramaphosa camp, but does the real power still lie with The Cat?