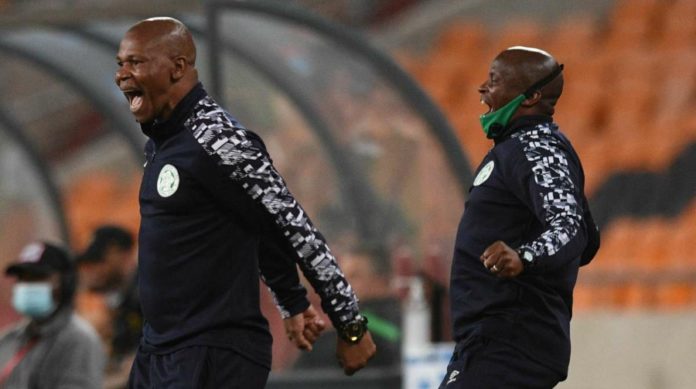 Bloemfontein Celtic coach John Maduka believes his club has been a victim of poor officiating following their 4-3 defeat to Amazulu FC on Tuesday afternoon.

Maduka said the mistakes made by match officials contributed to the game results and this season the referees’ decisions haven’t been going their way.

He said Augustine Mulenga’s goal looked like a handball and later they were given a penalty which he thought was outside the box.

“Some decisions have been going against us. The bad officiating contributes a lot to harm the game,” Maduka said after Tuesday’s DStv Premiership  match at Jonsson Kings Park Stadium in Durban.

“In most of the games there have been bad mistakes made by match officials.”

Mncwango has been suspended for 16 weeks for disallowing the goal that could have handed Celtic a victory.

Safa referees review committee made a firm decision last week that referee Thokhozani Mkhize will not be appointed for games in the PSL or GladAfrica Championship for a period of four weeks. This follows his decision to disallow a goal scored by Sera Motebang of Bloemfontein Celtic.