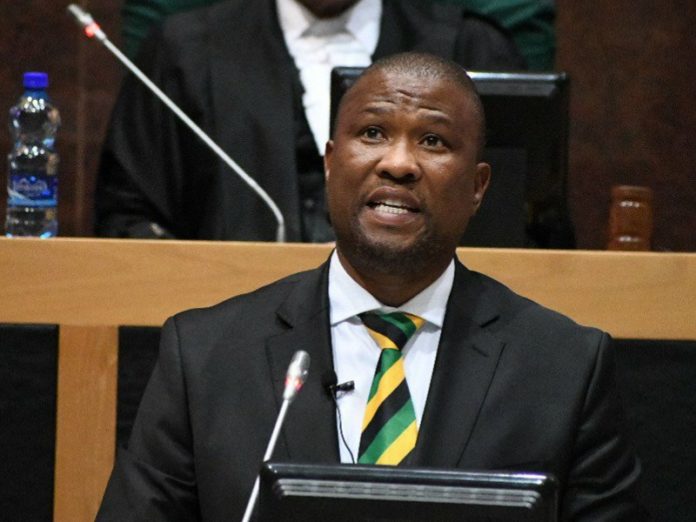 In an interview with Scrolla.Africa, he said his hands were clean.

He said there were people who were behind a smear campaign designed to tarnish his image and eventually push him out as premier.

“They will not succeed because I did nothing wrong, and I did not benefit from any money meant for the memorial services of Winnie Madikizela-Mandela.”

With knives out for him, it remains to be seen how long Mabuyane will cling on to his positions as ANC chairperson and a premier in the Eastern Cape province.

In her scathing report, Mkhwebane implicated Mabuyane and the province’s MEC of Public Works, Babalo Madikizela, in wrongdoing for misusing the R3.3 million meant for Madikizela-Mandela’s memorial services in April 2018.

She alleged that Mabuyane used R450,000 of the fund for renovations at his house.

At the time, Mabuyane was the MEC for economic development, environmental affairs and tourism.

Many are calling for Mabuyane to step down from his positions as premier and ANC chairperson in the Eastern Cape province.

The party had ordered him to appear before the provincial integrity commission.

“I will go to the integrity commission and state my case because I know that I did nothing wrong. I will be vindicated in the end,” said Mabuyane.

He said his woes were stoked by his ANC internal enemies who wanted to end his political career.

Opposition parties are gunning for his head.

The Democratic Alliance (DA) held a protest in Nelson Mandela Bay on Wednesday, calling for Mabuyane to step down.

Julius Malema’s EFF in the Eastern Cape opened a case against Mabuyane.