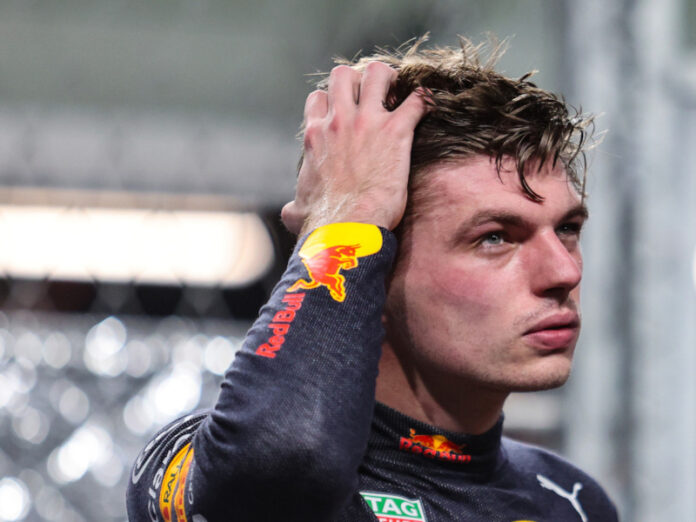 Only last week, under the headline, “Max, the ticking time bomb”, the Beeld newspaper speculated what would happen with Max Verstappen if Red Bull didn’t put a race car under him that could win races.

It is a good question.

Verstappen’s angry outburst during the Grand Prix in Bahrain, is a good indication of the kind of racer he is when he said he would defy team orders.

“This is now two times that I’ve taken it easy on the out laps when I could have easily taken the lead. I’m never ever doing it again,” he threatened on team radio.

The question remains unanswered as Red Bull romped home in first and second place at Imola on Sunday.

Verstappen has never been exposed to losing. It was no surprise when he won his first kart race against competitors of eleven years of age – when he was seven.

When he moved into senior karting as a 13-year-old and immediately started winning championships, his father Jos Verstappen decided to devote himself entirely to young Max’s career.

Max became the youngest ever F1 driver at 17 at the Australian Grand Prix in 2015, consistently outperforming his team mates in all the teams he raced for.

“It’s just Verstappen with his driving that won the pole position,” he said.

Lewis Hamilton, at 37 years of age is facing adversity more or less philosophically. He said after Mercedes’ dreadful weekend: “We haven’t got it right this year. This is the situation that we are faced with but everyone has their heads down and everyone is working as hard as they can.”

He insists he has no plans to quit Mercedes early from his current contract.

The question about who is the greatest racing driver of all time keeps popping up and, silly and irrelevant as it is, it is back again as the name of Verstappen is already mentioned in that mix.

The entire conversation deserves to be dismissed, but what is interesting, though, is how the greats handled success and also failure over the years. In the early days of the F1 championship, Juan Manuel Fangio, Jim Clark and Jackie Stewart remained dignified as champions and never really faced adversity (on the track).

In later years the champions became more brittle. Even Michael Schumacher, the ultimate team player, struggled to maintain his calm attitude and famously lost it sometimes.

A clip exists of a conversation between Senna and a Williams technician. The technician asks: “Is the car understeering or oversteering?”

“Yes,” answers Senna, leaving the poor guy slinking off, no doubt wondering what he is supposed to do with that kind of feedback.

What will Max do when things turn bad? Perhaps the answer comes later this year, perhaps in ten years time. Who knows? Perhaps things will never turn bad for this undeniably great young racer.