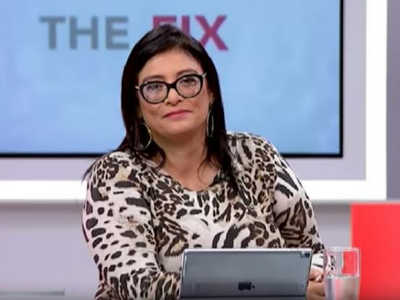 Born into the struggle, she became a fearless voice for journalism

Karima Brown was born Karima Semaar in Mitchell’s Plain in 1967. Her father Achmat was a community leader and ANC activist and she became wedded to the struggle from an early age.

In the 1980s, while studying at the University of the Western Cape, she became part of the leadership of the South African Students Congress.

She was one of a generation of journalists who were blooded in the liberation struggle and who carried their political leanings into the new world of news coverage after democracy in 1994.

Family spokesperson Eusebius McKaiser said that Karima fought for an equal society from a young age.

However, she was accused at times of being an ANC propagandist – and was criticized in 2015 when she was photographed wearing ANC colours at a political rally.

But Brown’s outspoken nature and her desire to question everything always made her much more than a party hack. Furthermore, she had an insider’s understanding of the country’s ruling party.

She was marked by fearlessness and a willingness to take on politicians, newspaper editors and other figures in authority.

During the 2019 elections, Brown clashed with EFF leader Julius Malema and EFF supporters responded by sending her rape and death threats on Twitter after Malema published her number. Brown took Malema and the EFF to court and won.

Brown described it as a matter of principle. “I won’t be cyberbullied and censored by any politician, including Malema,” she said.

Brown held some of the most significant positions in South African media, at Business Day, the Independent Media and Radio 702.

Even still, her marriage ended when it was revealed that her ex-husband had served as an apartheid spy – something that she has been unaware of.

Brown hosted the “Fix it” show on eNCA where was known for her robust debates with interviewees especially politicians.

She was admitted to hospital a few weeks back and struggled to survive while on a ventilator.

Her family released a statement earlier on Thursday which said: “It is with deep sadness that we inform the public that our beloved sister and mother Karima Brown has passed away this morning. She died from Covid-19 complications.”