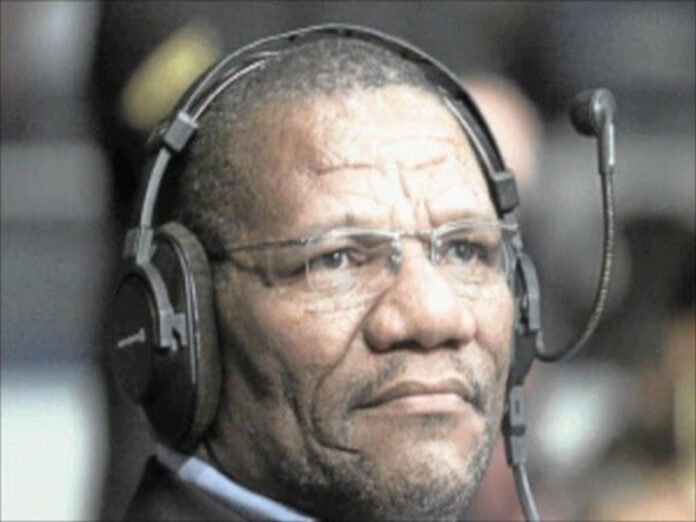 Legendary sports commentator Dumile Mateza grew up in Kareedouw in the Eastern Cape, where he had no choice but to learn to speak Afrikaans – a language that prepared him for a successful career as a multilingual sports commentator.

The renowned and witty SABC sports commentator passed away aged 62 from cancer on Tuesday.

Mateza started his career as a teacher after matriculating at Newell High School in New Brighton in 1979.

After arriving at the SABC offices in Auckland Park after a stint at the public broadcaster’s offices in Hargreaves Avenue in the Eastern Cape in the early 1980s, Mateza started out as an isiXhosa newsreader on TV.

But he quickly endeared himself to viewers when he effortlessly and eloquently did sports commentary in both isiXhosa and Afrikaans.

Being multilingual saw him being assigned by the SABC to cover the famous 1995 Rugby World Cup.

“Terms like ‘yahala emetheni!’ when a goal was scored and ‘Unaabi ngiyamazi uTatakhe une-mortuary’ which means this player’s father owns a mortuary will forever ring in our minds,” said Mafani.

Former Sports Minister Ngconde Balfour remembered how Mateza changed the face of boxing when working as an acting chief executive officer of the then South African National Boxing Control Commission (SANBCC) which would later be changed to Boxing SA.

“I brought Dumile to boxing when I became the Minister of Sport in 1999. We had to change the Boxing Act of 1954 and coordinated provincial MECs and worked hard to change the Act. He was a people’s person,” said Balfour.

“There were times where we clashed because of our love for boxing.”

Details of his funeral are yet to be confirmed by his family.