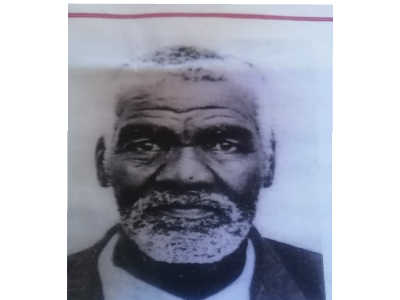 In our efforts to celebrate ordinary people who made exemplary contributions in their communities, we celebrate the life of Phelisile Nyishe.

Phelisile is hailed by his sister, Nozipho Nyishe, a sangoma from Zwide Township in Port Elizabeth who says when Covid-19 took away her brother, it took away her shoulder to cry on.

“My brother was everything to me.”

“He dropped out of school in standard 5 and had to work in Greenbushes farms when we were facing the threat of eviction,” she said.

“Phelisile was a gentle and a kind man. With his money he assisted with groceries at home and sometimes he would give us the pocket money.”

In the late 1970s Phelisile’s family relocated to Zwide Township where he worked for various construction companies. He had just one daughter.

“I have been separated from my husband for 10 years. My brother has been a father to my three sons and daughter,” said Nozipho.

The 63-year-old said her brother used to buy stationary for the kids and taught them discipline.

“My kids loved him and listened to him.

“During his last days he kept himself busy by looking after the cattle of another man in Greenbushes.

“He helped pay for my expensive fees for my rituals as a sangoma with his grant money.”

She said her graduation was in October but months earlier her brother bought her five bottles of brandy and promised her another five at graduation.

“But on 20 July he felt very tired. An ambulance was called but he died on his way to hospital. The postmortem showed he was killed by Covid.”