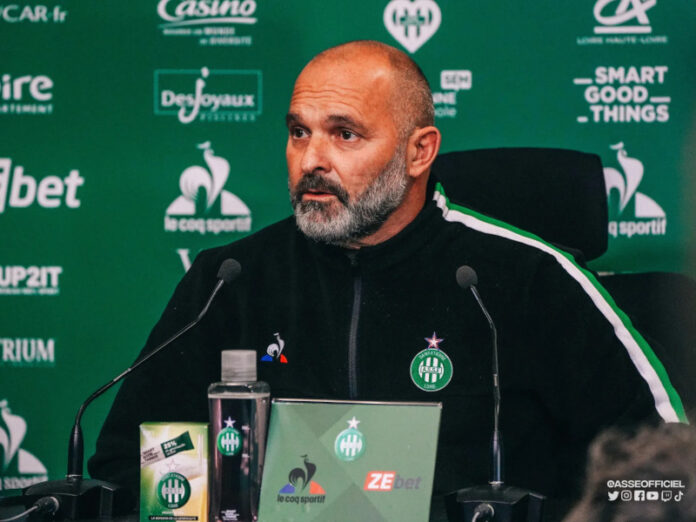 Saint-Ettiene manager Pascal Dupraz has been accused of asking his Muslim players to stop fasting during Ramadan following a hefty defeat.

The side currently occupy the third bottom place in the French league and are facing a relegation play-off game at the end of the season.

They faced a must-win clash against fellow strugglers Lorient, who came away 6-2 winners in the encounter.

The loss left the gap to 16th at four points with seven games remaining.

Following the defeat, the manager Durpraz was said to have asked his players to not fast during the Ramadan period anymore in an attempt to keep them in the first division, according to L’Equipe.

During Ramadan, which began on 1 April, Muslim players abstain from all food or drink from sunset to sunrise in a religious tradition, set to end of 1 May.

The manager called the defeat a “collective catastrophe.”

“The responsibility of the coach is to repeat to your players that football commands respect. When we start the way we did, you can’t make a big deal of it under the pretext that we were leading 2-0. You have to respect the fundamentals, it’s vital, and it’s what we didn’t know how to do.

“It’s a collective catastrophe, a sin of pride, a vain attitude, not an attitude that belongs to a professional player,” Durpraz said post-match.

The 59-year-old manager has openly criticised his players in the past and is set to make changes that include dropping club captain Wahab Khazri in order to avoid relegation.

However, fasting is certainly not the issue for Saint-Ettiene as many players, including Karim Benzema, fast and perform at optimal levels.

Benzema broke his fast 13-minutes before the Uefa Champions League game against Chelsea where he scored a hat-trick.