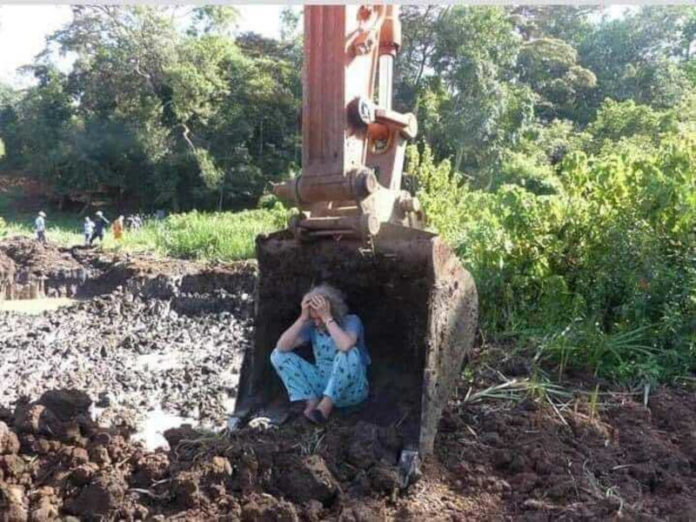 For decades Joannah Stutchbury defended the Kiambu Forest from developers – and now she is dead.

Stutchbury, one of Kenya’s most prominent environmental activists, was shot dead last Thursday as she returned to her home in Nairobi.

Neighbours told police that the 67-year-old conservationist had stopped her car to clear branches from her driveway when she was shot several times.

Her valuables were still in her car, suggesting that the murder was not the result of a robbery.

Stutchbury had been fiercely dedicated to protecting the Kiambu Forest from land-grabbers and private developers. She worked tirelessly to prevent them from pulling down large swathes of forest to build roads and houses.

In 2018 she made international headlines when she sat down alone in an excavating bucket and refused to move.

But her high-profile campaigns brought her dangerous enemies, and over the years she received multiple death threats.

Despite this, however, she was never given police protection.

Stutchbury’s killing is the latest in a number of murders of Kenyan conservationists. In 2018, Esmond Bradley Martin, a Kenya-based American conservationist, was stabbed to death in his home in Nairobi.

Joan Roots and Joy Adamson were also murdered for trying to protect the environment.

Kenyan President Uhuru Kenyatta also condemned the murder, and described Stutchbury as, a steadfast champion for the conservation of our environment.

Dr Paula Kahumbu, the CEO of WildlifeDirect said the conservation fraternity was shaken.

“It is devastating,” she said.

Kahumbu has severely criticised the government for not providing protection for environmentalists.

She said that Stutchbury had told authorities and other organisations that she thought her life was in danger. Kahumbu also said the murders of Martin, Roots and Adamson have never been solved.

“A lot of bad things are happening to the environment in Kenya,” she said.

“People are scared, and even officials are scared. But no one imagined that someone would kill an old lady like Joanna. This was deeply cowardly.”