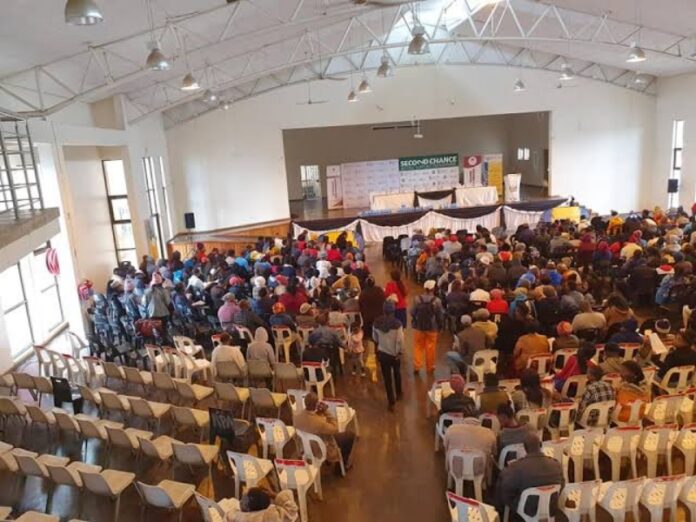 Civilians in Ukraine’s capital Kyiv continue to seek shelter in underground transport hubs, train stations, basements and bunkers every evening in anticipation of overnight bombings by the invading Russian military.

Whatever disaster management strategies these Ukrainian cities had before the country found itself in the middle of a war are now inadequate to protect women and children in the face of this onslaught.

This got me thinking about ongoing efforts in the Alfred Nzo Region to ensure that there is a community hall in every ward in the district.

The district covers some of the poorest parts of South Africa, including KwaBhaca (Mt Frere), Emaxesibeni (Mt Ayliff), Ntabankulu, Bizana and Matatiele.

Recent changes in the normal climatic patterns have effectively turned this entire region into a disaster zone.

At least five households in my village of Mvuzi in KwaBhaca have lost houses because of recent torrential rains. The structure simply collapses, in most cases with the family inside the property.

Neighbours do what they can to accommodate the destitute. But for how long can you sacrifice your rondavels to house an entire family?

That is why we have found a novel way to use community halls as shelters from approaching storms.

It has become normal for people who do not trust their own structures, in the event of a tornado or a thunderstorm, to seek shelter in community halls and newly built public schools.

People even seek shelter in RDP houses and RDP toilets.

A thunderstorm and a tornado can be pretty frightening inside a self-built dwelling.

Since these community halls come with water tanks that harvest rainwater, they help communities when the local springs run dry in the winter months

And just like air raid shelters protected thousands of London residents during World War II bombings by the German airforce, and the bunkers that are saving lives in Ukraine today, we are using our community halls here as reliable shelter in inclemental weather.