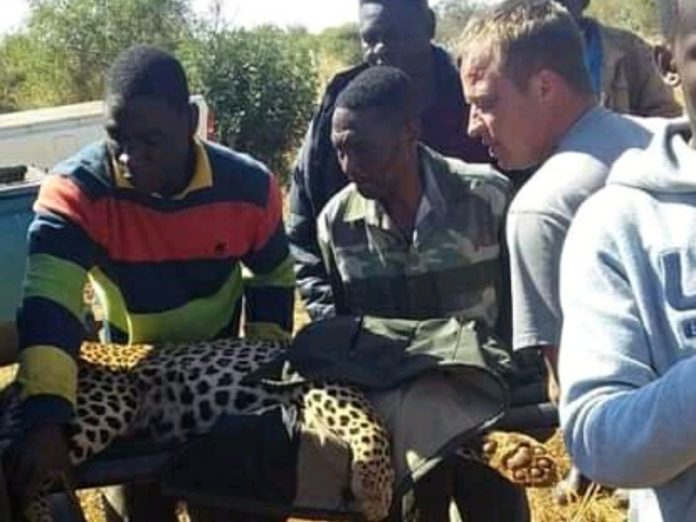 For two months this village knew no peace.

This was after a mature female leopard was spotted at Maswanganyi village, outside Giyani in Limpopo, on several occasions.

The leopard, which is one of the most feared predators in the wild, was first spotted at Dzingidzingi village at the beginning of June.

But then it vanished. Nobody even knows where it came from.

The leopard was sporadically spotted in nearby bushes, causing concern to residents.

Every time it was spotted, the whole village, and surrounding villages, were plunged into a state of panic, terror and insecurity.

Last week it was spotted at the nearby Maswanganyi village.

Nature conservation officials from Giyani were called and tranquilised it, before taking it away.

Peace has been restored to a community that lived in constant fear of the big wild cat.

Local resident Ndzalama Maswanganyi said the village was never the same after the leopard was spotted in their area.

“We are a very peaceful community but the peace we had was overwhelmed with fear,” he said.

“A leopard is a very dangerous animal and no one wishes to meet face to face with it.

“We knew anything could happen at any given time since the leopard was hiding somewhere in the bushes. Cattle herders and those with farm fields were no longer feeling safe,” he said.

Villager Costa Mathye reported the leopard’s presence to Hosi Maswanganyi, who summoned rangers from the department of economic development and environmental affairs.

They captured it and took it away.

“We are relieved as a community now that we know it has been taken away,” Maswanganyi said.

“As a department we are happy that no reports of damage have been received. We have since taken the animal to a suitable wildlife habitat for rehabilitation. We appeal to communities to alert us on spotting wild animals in their areas,” he said.