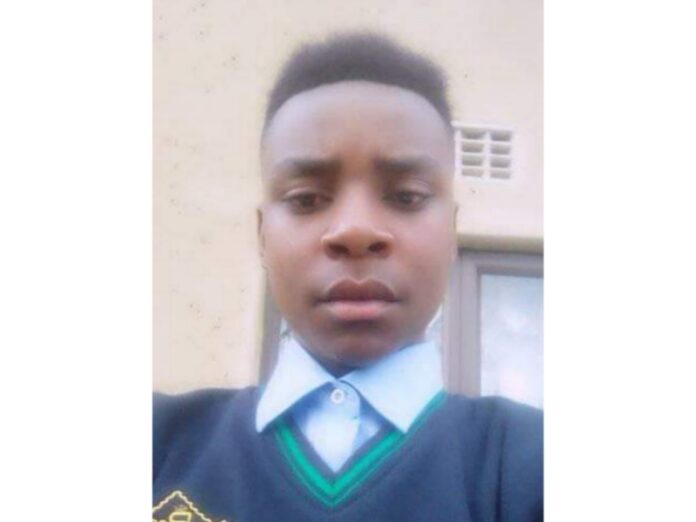 Nhlanhla Shabalala, who was allegedly killed for dating a girl from a different school, was murdered after he turned up at his girlfriend’s school with a toy gun to scare the boys who had attacked him the day before.

This was revealed by Gauteng MEC of Education Panyaza Lesufi who visited the boy’s family on Monday.

The 15-year-old learner had gone to the school to retrieve his cellphone and his backpack after he was attacked and mugged a day earlier for dating a girl from the school.

It is alleged that when the caretaker identified him from the previous day he and a teacher chased him out of the school grounds, assaulted him and pinned him to the ground to disarm him. And then allegedly assaulted him with a golf club.

The 15-year-old was later marched to the school principal’s office and the police were called.

Because he was a minor, he was handed into the care of his parents. He started vomiting blood and later died upon arrival at Pholosong Hospital.

Lesufi said he has launched an investigation by an independent law firm into the learner’s death.

“The family strongly believes that the son died from the injuries he sustained during the assault. The findings will be shared with the school and family as soon as they are available,” he said.

Lesufi added that in the absence of evidence, it would be wrong to suspend those implicated in the assault.

The father, Oupa Shabangu, said he understands that his son was unreasonable for going back to the school armed with a toy gun without speaking to them but he didn’t deserve to be assaulted with a golf club.

“What was the club doing on the school premises where they don’t have that sport? What other weapons were lying in the school and kept to assault learners?” he asked.

“Our children are not safe in that school. The department needs to intervene before another learner’s life is cut short.”

The father pleaded with the MEC to ensure that those who work with kids in schools are fit to do so.

“We are still waiting for the postmortem report,” she said.