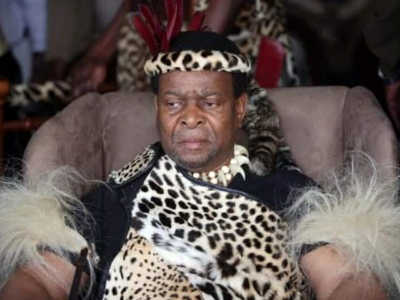 The death of the longest-serving monarch of the Zulu nation King Goodwill Zwelithini kaBhekuzulu has sparked tensions in the royal household over who will be his successor.

Prince Mangosuthu Buthelezi, a cousin of the family, has moved to quell the brewing tensions at the royal household.

Speaking outside the late king’s palace in Nongoma northern KZN on Saturday, Buthelezi said there was nothing amiss with big families such as the royal house bickering.

The king’s cause of death was also a contentious issue, after Buthelezi confirmed that he died due to Covid-19, but another member of the family rejected that.

Buthelezi said 20 doctors, including Health Minister Zweli Mkhize, tried to save the king’s life at Chief Albert Luthuli central hospital, but all their efforts failed.

Initially, the family said that the king would lie in state at his Nongoma palace for people to see his body before being laid to rest.

The family took a U-turn afterwards and said his body would not be viewed due to Covid-19 regulations.

Without mentioning names, Buthelezi said some in the family wanted to ignore the government’s Covid-19 rules.

He threatened to ditch his responsibilities of communicating with the nation about the king’s funeral arrangements.

Zwelithini served for 50 years as the king of the Zulu nation.

“I do this work, even under difficult times,’ said Buthelezi.

He also called for the royal household factions to respect the king until he is buried on a date known by the family.

A memorial service will be held on Thursday, Buthelezi said.

Buthelezi said he met with the family members of the royal household to discuss the funeral arrangements but some opposed the usual practice when a king is buried.

Angry, Buthelezi threatened to ditch the funeral arrangements, but was begged by Police Minister Bheki Cele and Health Minister Zweli Mkhize to continue.

This is not the first time the royal household found itself squabbling after a king had passed on.

When King Zwelithini was installed as a king in 1971, he was forced to go into hiding after claims that some within his household wanted to assassinate him.

Prince Thulani Zulu, the spokesperson of the royal household, said succession would be debated once the king had been buried.

Like Buthelezi, he also pleaded with his family members to put off the succession debate until the king is buried.

Prince Zulu said King Zwelithini would be laid to rest in a private ceremony attended by the family.