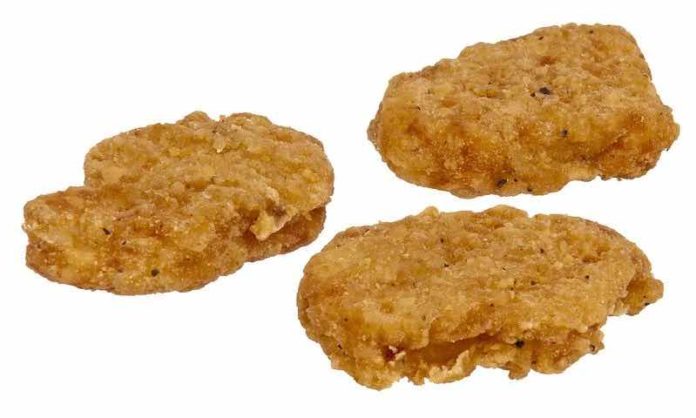 Lab-grown meat is now available after Singapore has approved “chicken bites” grown with plant-based ingredients – and without slaughtering chickens.

The company behind the meat lab – Eat Just – is investing in a 1,200-litre bioreactor. The Guardian reports that the meat will be expensive at first, and sold in a restaurant, but eventually it will be cheaper than the real thing.

About 130 million chickens are killed each day.

Companies around the world are in scrabbles with growing beef and pork in labs.

Deforestation and climate change are driven by meat farming.

Josh Tetrick of Eat Just said: “My hope is that this leads to a world where most of the meat does not need to be found by killing one animal or cutting down a single tree in the next few years.”

A burger and chips lab comes is also coming.