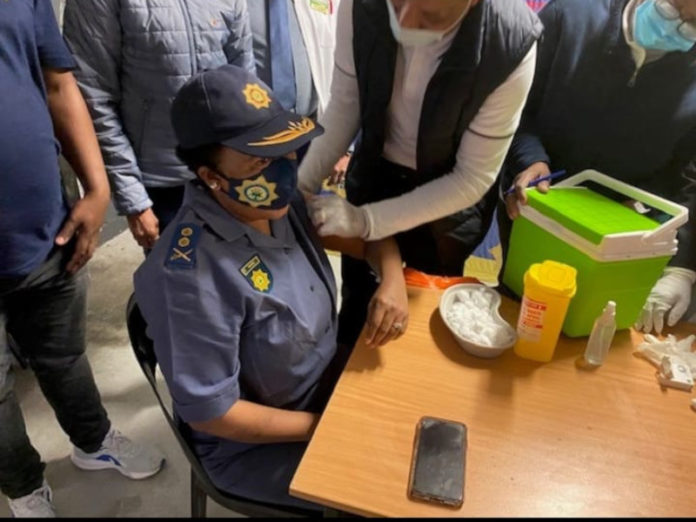 Cleaners and security guards working for KZN SAPS have been identified as priority groups to receive the Covid-19 vaccine, in order to fight the high number of infected workers.

SAPS spokesperson Jay Naiker said their aim is to vaccinate about 30,000 of its members, especially those who are above the age of 60 and those with comorbidities.

He said 500 police officers will receive their vaccination on the first day.

Thereafter, police will launch 11 other sites in the province as they target almost 30,000 personnel, including reservists, security guards and interns as well as national units that are located within the province.

About 600 SAPS members from different units have so far died due to Covid-19 complications and more than 30,000 have tested positive.

Naiker said they have also vaccinated police officers from other provinces in the vaccination drive. Police will have one site at each district and eThekwini will have two sites.

Deputy Provincial Commissioner, Radebe who was the first to be vaccinated, said: “We are pleased to be in a position to roll out the vaccine to police officials. We will continue to educate our members on the advantages of taking the vaccine,” she said.

“We call on commanders at all levels to lead the process in encouraging those that might be sceptical.”