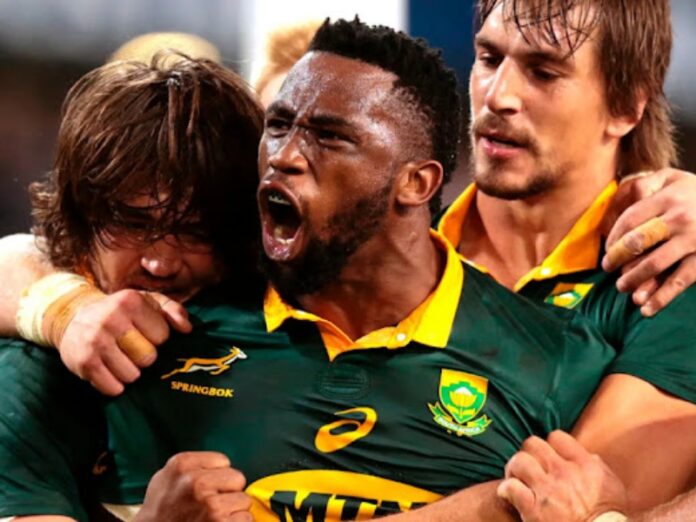 Springbok captain Siya Kolisi said that he has had thoughts of playing rugby abroad in the past.

He said he chose to stay as he would miss South Africa too much.

Several Springboks have made moves overseas in recent years, and opinion on their move is mixed. Many believe that South Africans should play their rugby locally, while former coach Rassie Erasmus believes playing rugby abroad is not such a bad thing.

Kolisi said the window for him to play overseas had already passed.

“I have thought a lot about it [moving] but I would miss South Africa too much. I know we have many struggles, but I still think it is the greatest country in the world,” he told the RugbyPass Offload podcast

“There is so much that I love here. I now have a young family settling down. I have moved now from Cape Town to Durban so… but in the past I did want to [move abroad].”

Questioning whether the captain had any confirmation whether the Springboks would leave the Rugby Championship for the Six Nations, Kolisi said he had only heard about that possibility in the news.

“I just do what I am told. I go to training and I work, and if it is the competition we are playing in, that’s it. At the moment our full focus is with the Rugby Championship this year and it’s going to be hard and really quick,” he said.

Kolisi and his Springbok team will be in action for the first time this year when they take on Wales in an incoming series set for the beginning of July.