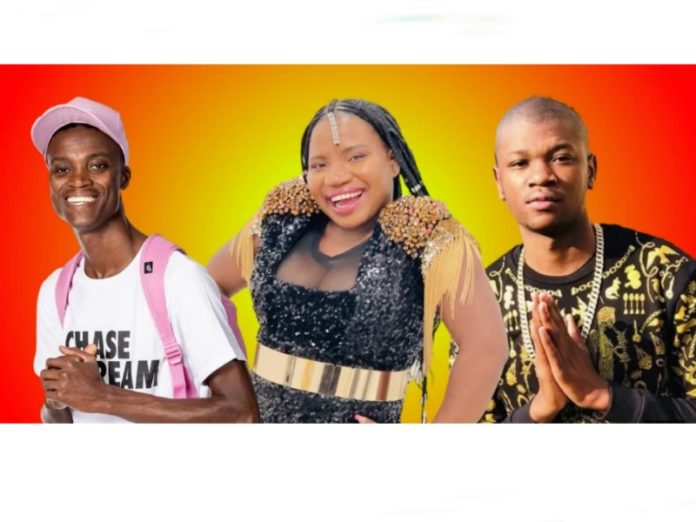 We have heard about fights over royalties, fights over stolen ideas, but a fight over an unreleased song takes the cake.

On Monday Scrolla.Africa reported about the release of a snippet of Makhadzi, Prince Benza and King Monada’s upcoming song, “Ganama.”

But it turns out excitement felt by the fans was premature, as on Wednesday, South Africa woke up to a live social media fight raging between Monada and Makhadzi.

Makhadzi, when posting the clip of the “upcoming song” on social media, wrote a caption which suggested she was the sole owner of the song and that Monada and Benza were only featured.

This incensed Monada, who immediately began a live stream on Facebook in which he claimed his share of the song. He said the track, which was composed in his studio, belongs both to him and Makhadzi.

Benza, he says, was the only “feature” on the song.

It wasn’t long before Makhadzi also went live to set the record straight, claiming that there were two songs being made that day in Monada’s studio.

So where does Benza fit in amongst all this? It just so happened that he was accompanying Makhadzi as they returned from a gig in Limpopo.

“The beat was made by Benza,” said Makhadzi, adding that she will no longer allow those who produce instruments to take full ownership of her songs.

“Our King (Monada) must just drop his song called ‘Impossible’ ft Makhadzi .. (because) we can’t let greediness make us fight. How can you own a song without doing anything,” wrote Makhadzi in a Facebook post.

While it is still unclear whether the “hit” song will ever see the light of day, or whether Benza will weigh in on who owns the song, the short clip of the song has already clocked millions of views on social media in less than three days.