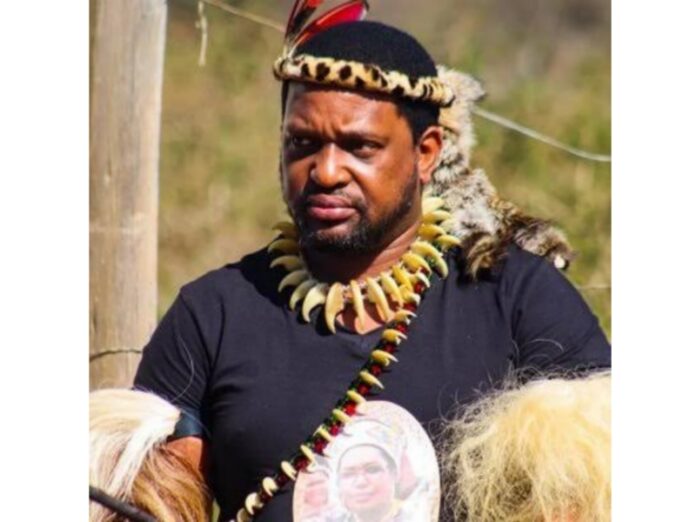 Prince Simakade KaZwelithini’s shock decision to contest the Zulu throne has rocked the royal house and cast doubt over King Misuzulu KaZwelithini’s recognition as king by the president.

King Misuzulu is “shocked” that his own half-brother has decided to contest the throne on the basis that he was adopted by Misuzulu’s mother, the Queen Regent Mantfombi.

This week, Prince Simakade – who is the eldest son of the late King Zwelithini KaBhekuzulu and his teenage lover from the Mthenjane family – threatened to go to court if President Cyril Ramaphosa does not halt King Misuzulu ‘s formal recognition as the Zulu King.

King Misuzulu’s spokesperson Prince Afrika of Onkweni house told Scrolla.Africa that this move by Prince Simakade is beyond an insult to the Zulu Nation.

“King Misuzulu KaZwelithini is shocked by this and we believe that this move by Prince Simakade is an attack to the Zulu Nation as a whole,” said Prince Afrika.

“How could he claim to be the eldest son of Queen Regent Mantfombi through adoption? He would have been a rightful heir for the throne if the late Queen Regent didn’t have sons at all.”

He went on to urge Prince Simakade to focus instead on his businesses and uniting the royal family.

Prince Simakade is supported in his claim by the sister to the late King Zwelithini KaBhekuzulu, Princess Thembi Ndlovu, who believes that he should ascend to the throne because he was an eldest son of King Misuzulu’s mother through adoption.

In a recorded video, Princess Thembi – who has been dubbed the Royal Rebel Aunt – said that King Misuzulu’s mother was a great wife because her lobola was paid for by the Zulu Nation.

She said due to that status, King Zwelithini decided to give her his eldest son Prince Simakade as her adopted son, giving him a claim to be the rightful heir to the throne.

Prince Mndeni Zulu, who also supports Prince Simakade’s bid for the throne, said that even the late King Zwelithini was adopted by the first wife of King Cyprian Bhekuzulu kaSolomon,  who was Queen kaMasuku.

“The likes of Prince Afrika do not know what they are talking about. Misuzulu can’t be an eldest son of Queen Mantfombi because her mother adopted Prince Simakade as his eldest son. Therefore Prince Simakade is the rightful heir,” said Prince Mndeni.

King Misuzulu was nominated by his mother, the late Queen Regent, in her will as the next Zulu King.