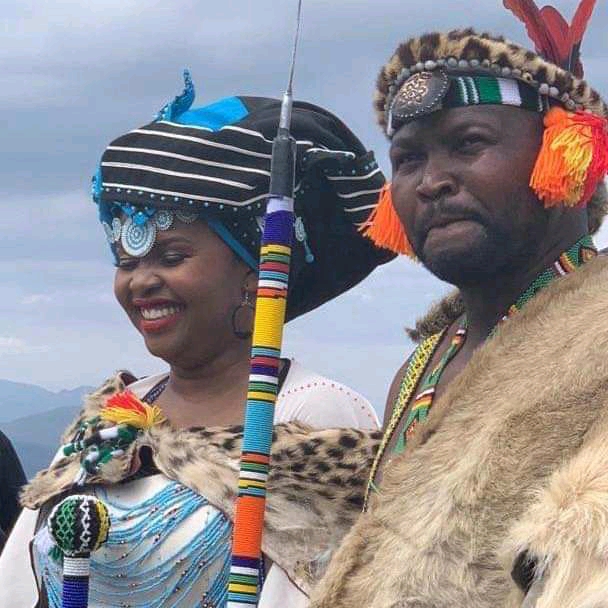 He is the husband of President Cyril Ramaphosa’s spokesperson Khusela Diko.

The couple – along with Gauteng Health MEC Bandile Masuku and his wife Johannesburg MMC for Group Corporate and Shared Services, Loyiso Masuku – are implicated in a R125 million PPE tender scandal.

But the ‘king’ has been having dilemmas of his own:

The Eastern Cape Department of Cooperative Governance and Traditional Affairs has rejected his claim of being a king saying he was just a chief of two villages.